Although she may be best known for her novels and short-form collections, Tanith Lee worked in media other than print. For example, fans of the television show Blake’s 7 may know her as the author of the episodes ​“Sarcophagus” and ​“Sand.” Lee also wrote for radio. People familiar with my Livejournal More Words, Deeper Hole know that I have a long-standing interest in science fiction audio dramas. When I discovered that Daughter of the Night provided access to Lee’s The Silver Sky, which was broadcast on Saturday Night Theatre on 9 August 1980, I couldn’t resist downloading and listening to it.

Scientists have come up with a theory suggesting that an actual time machines might be possible. Solid British engineering of the sort that made the Comet and the R101 household names turned that theory into operational reality! Alas, good old British politics may cut off the funding for the project before it can send its first manned capsule into the depths of time.

Lead researcher Paul is having none of that political nonsense! And so with the same cool intellect that has left his marriage in ruins, he quietly alters the schedule so that the next test flight will also be a manned one. What could possibly go wrong?

Retrieved from the wreckage of his time machine by a strange woman, Paul is quick to notice the subtle clues that the seemingly reliable theory has fallen short of the mark. His capsule should have remained fixed in place while moving backwards in time to the seventeenth century, but clearly, it has not. There’s a sea shore in his new location, one which never existed at any time in the Project’s past … and the sea is raspberry pink. Nor were seventeenth century skies silver.

These are not the only oddities. Elzereth, the woman who rescued him, is no more a native of wherever they are than is Paul himself. Like Paul, she is a pioneer of time travel. Her language and customs are strange, but it is clear that her time is considerably more advanced than Paul’s home era. Yet it seems that she is not from Paul’s future1, and she certainly isn’t from his world’s past.

Comparing notes only adds to the confusion. The science Paul knows says that the future is only potential and hence unreachable; only the past exists as a destination to which one could travel. But Elzereth’s people claim that the past decays almost instantly; only the future is a possible destination. And yet both time machines worked! At least they worked until they tried to pass through each other.

Wherever they are, it is not Paul’s past and not Elzereth’s future. It is also not especially hospitable to human life. While both Paul’s associates and Elzereth’s team are busy working to find and rescue the travelers, it is not at all clear that they will succeed before the explorers fall prey to the local wild life.… 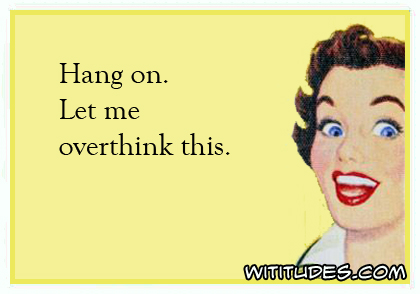 Paul is astounded by what he finds, as is Elzereth, which suggests to me that neither civilization ever thought to stick a camera on their uncrewed time machines. For that matter, they don’t seem to have bothered testing with small trips: even a trip ten minutes into the past (or for Elzereth, into the future) would have revealed that their models were fatally flawed. This is an oversight on par with the complete and utter lack of clocks on robot probes in Poul Anderson’s The Long Way Home; such oversights are required for plot purposes, but no competent scientist anywhere, any time, would make such basic errors. At least I hope so …

Paul’s team could point to grumpy, uncooperative Paul as the architect of their problems, as he exhibits a rather astounding lack of personal skills and questionable scientific competence coupled with unjustified self-confidence. However, his team has its own problems; they tolerate a loose cable (they warn people rather than fixing it) and have failed to shield their equipment from static electricity.

We don’t learn enough about Elzereth’s people to understand how it is that they allowed such egregious oversights, but the speed with which she fixates on Paul (despite a complete lack of evidence that he is interested in her save in the basest physical sense) suggests that her people are not overburdened with caution or prudence.

Given all the above, it is truly astonishing that Paul (and likely Elzereth as well) do arrive at a better understanding of time travel, one that could come straight from the pages of Simak’s Ring Around the Sun. The past is not a giant theme park, but a proliferation of parallel worlds, at least one of which has an advanced human civilization (Elzereth’s).

The Silver Sky starred Paul Darrow, Elizabeth Bell, Simon Malloy, Anne Reid, Andy Rashleigh, John Jardine, David Fleeshman, John Talbot, Nina Holloway, and Mary Cunningham. The producer was Kay Patrick. Music and effects were by David Flemming-Williams. The site I am pillaging for information also says that the SMs were Martin Oldfield and David Fleeshman, which might be interesting if I were sure what SM stood for.

This drama was not what I expected from Tanith Lee. Lee is not a puzzle story author and yet … this is a classic puzzle story. The key to escaping the predicament is understanding it. I don’t think that she played to her strengths in this work. Did she write some other radio dramas which did play to her strengths? I am open to suggestions.

The Silver Sky may be found here.

1: I don’t recall the possibility that Elzereth might come from the future ever being mentioned. Odd because given Paul’s model of time travel, if he is the first time traveler then every other time traveler must logically come from his future.