I was surprised when I first encountered a short work by Norton; I had never thought of her as someone who worked in short lengths. In fact, she wrote dozens of short pieces. If ISFDB’s list of her short works looks comparatively small next to a list of her novels, that only reflects how many novels Norton wrote. Her output may not have been quite Asimovian but it was certainly Andersonian.

Which brings us to Norton’s 1970 collection, High Sorcery.

On the run from an anti-ESPer pogrom, esper mutant Craike sees no hope of escape save death. Much to his surprise, his attempt to extinguish himself lands him in a parallel world. One where espers rule. One where once again Craike is hunted as a threat to the existing power structure.

I could talk about the gender politics here — Craike wins his feisty bride by binding her power to him so if she wants to keep using it, she has to accept him as part of the package — but instead I think I will ask if Chris Claremont is known to be a Norton fan. The anti-esper norms use brainwashed espers trained to hunt down their own kind, espers called hounds. In 1981, Claremont used a similar idea in Uncanny X‑Men 141. Was he inspired by Norton?

“Through the Needle’s Eye” • short story

A young victim of infantile paralysis befriends Miss Ruthevan, an old woman similarly crippled and with a history more tragic than the narrator’s. The two bond over needlework, for which Miss Ruthevan has a talent almost beyond human. A talent for which she paid a price that does not bear examination.…

This was fairly creepy. And fairly short, which it needed to be. Otherwise, the narrator’s failure to pick up on the ominous hints re Miss Ruthevan’s missing ex-fiancé would make the girl seem slow-witted.

Soviet cruelty proves no match for the darkest of magics!

Kind heart and musical talent earn one young piper a cure for his twisted legs, as well as a magical pipe. These are his reward for performing for the grateful fair folk of the Witch World. His jealous rival attempts to duplicate the feat (despite a lack of talent and an obvious dark nature) and attains rather different results.

I think we have to assume people who live in fairy tale universes never listen to fairy tales themselves. Or at least the bully in this story never bothered to do so, judging by his actions.

A slave on a dystopian world that has turned its back on the stars, Tamisan is valued for her talent at shaping dreams. Even Tamisan’s unprecedented power may not be enough to save her from the dream that offers no escape!

I am not at all sure that she does escape, to be honest. In fact, I would tend to lean towards the rabbit hole going much deeper than anyone expected.

Unsurprisingly for a book from 1970, this is very short by modern standards, only 156 pages in the original paperback. Of the five stories, the creepy ​“Through the Needle’s Eye” is perhaps the most effective.

This collection had a pretty good run at Ace, kept in print for fourteen years despite some energetic turnover in editors (and owners) at Ace during the period in question. While the Gray Morrow cover featured above is striking, I have to say it is the second cover, by Hickman, that is most memorable. 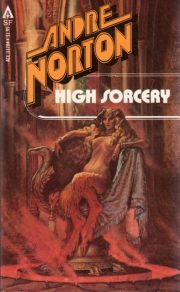 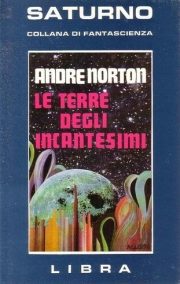 and the Open Road Media cover 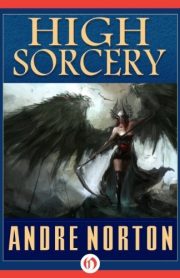 are by comparison disappointingly sedate.

I had expected some difficulty tracking this down, given that as far as I knew Ginjer Buchanan allowed Ace’s version to fall out of print more than thirty years ago [1]. Imagine my surprise when I discovered that Open Road Media has an ebook edition for sale! . Unfortunately, it is an edition riddled with OCR errors, such as the scanno ​“Craie” for ​“Craike” early in ​“Wizard’s World.” Ah, well.

1: In 1989, Tor’s Wizards World incorporated works from High Sorcery, Lore of the Witch World , and (I believe) other sources. Plan B involved reviewing a copy of that and pleading necessity.