Poul Anderson’s 1964 fix-up The Star Fox has been on my to-review list ever since I started the Military Speculative Fiction That Doesn’t Suck series. And it took me less than a year to get to it!

To the Aleriona, civilized for a million years and more, the upstart humans are an affront to be swept from the galactic stage. While alien and human psychologies are quite different, the ancients are canny enough to understand just how far they can push Earth without provoking all-out war.

The trauma of the Nuclear Exchange still shapes World Federation views on war. Even the half-million colonists thought to have died when the Aleriona took New Europe for their own isn’t enough to sway world opinion in favour of anything more robust than negotiations and demands for reparation. Evidence that the colonists are still alive is carefully ignored and denounced as threat to galactic peace.

Militant France is outraged, but bound by Federation Law. Retired navy veteran turned magnate Gunnar Heim understands the threat the Aleriona pose and has the personal resources to fund and carry out a one-ship vendetta against the aliens. Better, he’s is resident in the US, and that offers a legal loophole in Federation Law big enough to admit a privateer.

But only if he can rescue his daughter from the World Militants for Peace.

I was a bit surprised to encounter this passage:

“Well, ah, you can’t expect, say, the Kenyan Empire representatives to understand something so complex — “

But then I realized Anderson put this into the mouth of an antagonistic government functionary.

The woolly minded peaceniks are nothing new for MilSF and Anderson. Neither is the theme of Those Darn Kids (and Their Music is Just Noise). The smashy-smashy elements are competent but conventional. What does stand out about this book is that Gunnar’s grand scheme turns not just on a picayune detail of Federation law (which Anderson created from whole cloth for reasons of plot), but on an even more obscure quirk in real-life American law, which is that while the US abides by the 1856 Paris Declaration Respecting Maritime Law, it is not actually bound by it. That fact (plus some handy allies) allows Gunnar to launch his one-ship campaign without technically violating the law. Rules lawyering for the win!

Gunnar has his ship. He has his crew. What he does not have is weapons and there is no way the Federation will allow Gunnar to arm his craft on Earth. Happily, the galaxy is filled with races adept in the arts of war and many of them, like the Staurni, are happy to take Earth money.

The Staurni acquired their expertise in the military sciences through repeated, energetic conflict. Their world is filled with all too active relics of their history. If that were not enough, Gunnar’s party are not the only humans on the alien world and it is not a coincidence that another group of humans happened to arrive at the same time as Gunnar.

Nuclear war, as depicted in Anderson stories, ranges from world-killing apocalypses (Beyond Doomsday) to conflicts on par with World War Two on Fast Forward (the backstory to the Pyschotechnic League stories). Nuclear war is never presented as a good idea. Even the Staurni version, which appears to be sustainable indefinitely, looks like a bad idea.

There is a detail in this section that makes me wonder if Anderson was giving a hat tip to Cordwainer Smith’s ​“Mark Elf.”

It’s not enough to find legal loopholes and to buy arms. Eventually you have to engage the enemy and in the deeps of space, that can be a challenge.

I found this interesting: Gunnar has to capture several alien craft before he encounters one whose passengers’ grasp of human languages includes English. The aliens have learned Spanish, French, and Chinese. Which I presume tells you who is important in the far future.

I don’t think you need to grok the context of this book to enjoy it, but younger MilSF fans baffled by certain elements — the idea that the French are not by default corrupt, cheese-eating surrender monkeys — may be interested to know this was written in the context of the Vietnam War. Anderson was very much on the pro-US involvement side, as this ad from Galaxy shows: 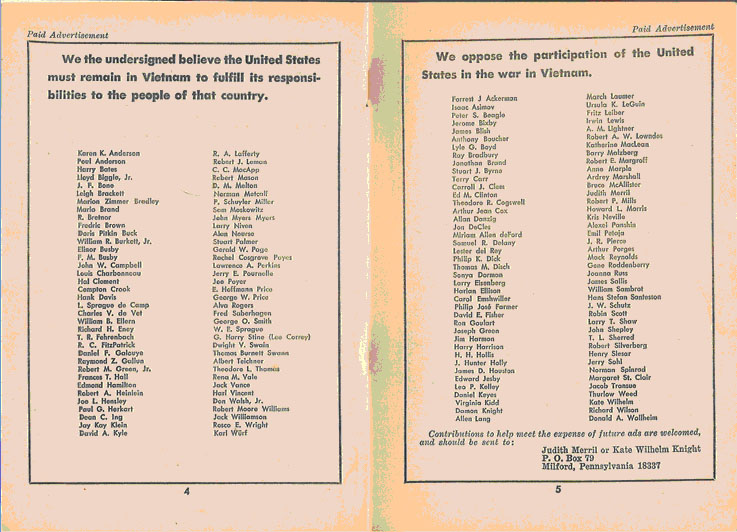 . It may help to think of the World Federation as due to everyone important having been so traumatized by WWII that they would do anything, even form a common market with the Germans, to avoid a repeat (implausible, but do suspend your disbelief). The Aleriona correspond to the Soviets, always looking for an angle to kill freedom and niceness. The French are analogous to, well, the French.

This is one of those settings with Fermi Paradox issues in spades. At least part of the explanation for this is that not all races with starships choose to expand (it is the human tendency to spread out that provoked the Alerioni Get Off My Lawn). In fact, the author admits that the financial returns of colonization are marginal, at least as far as raw materials are concerned. And … if the planets we see are a valid sample, colonies even on life-bearing worlds cannot survive without high technology; each world’s biochemistry is unique. If they lose their tech they die. Perhaps most colonies eventually die out. Some comments in the associated Anderson novel Fire Time lend some support to this hypothesis; the fact a long-dead race managed to terraform a single continent is considered astounding.

This book was published before readers tired of story collections. While it is billed as a novel, the publisher is comfortable making it clear that it’s a fix-up I have not see a recent edition of this book. I wonder if a modern printing would still mention that ​“these stories have appeared in a slightly different form” in the copyright information.

Another sign of the times: Anderson, like many other SF authors, introduced female characters only when it seemed that a token wife, girlfriend, or daughter was needed. Such characters are unlikely to please readers who like reading about women with agency.

Caveats aside, I think this held up fairly well for a book a half century old. Certainly, of the two books in this setting, I have always preferred The Star Fox to Fire Time (which was nominated for a Hugo; clearly other people like Fire Time more than I do). The glory of our modern age is that you don’t have to take my word for which of the two is better; both The Star Fox and Fire Time are available from Open Road Integrated Media. 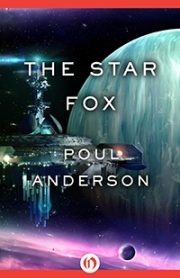 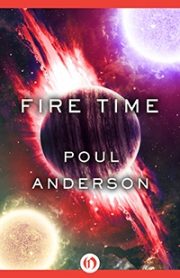