Readers may be most familiar with Orwell as the author of that delightful children’s novel Animal Farm ... but he was not merely a novelist. He was also a prolific non-fiction writer. 1968’s The Collected Essays, Journalism and Letters of George Orwell: As I Please, 1943-45 Volume Three is the third (of course) in a four-volume work collecting the essays, the journalism, and the letters of George Orwell. It was edited posthumously by Sonia Orwell and Ian Angus in lieu of a biography 1 .

Normally I would review this chapter by chapter. However, Orwell was a prolific writer and there are 110 chapters in this nearly five hundred page mass market paperback ... so that’s not going to happen.

The volume begins with a set of essays that don’t fit in nicely with the other letters and columns, but which do merit inclusion in this volume. The essays in question are The English People, In Defence of English Cooking, A Nice Cup of Tea, Review of the Pub and the People by Mass Observation, The Moon Under Water, and Review of Cricket Country by Edmund Blunden.

The rest of the volume is organized by year. Orwell resigned from the BBC to take a position as literary editor at the Tribune; his column As I Please (from which this volume takes its name) ran from 1943 to 1947. As I Please columns dominate the book, although fans of reading other people’s private correspondence will not be disappointed.

Reviewing science fiction has spoiled me. If I want a table of contents for an F&SF anthology or collection, I can just run over to isfdb.org and grab it from there. This is not true for other genres—or for non-fiction for the most part.

You’d think that being a pink-diaper baby at one remove as I am, I would have been exposed to all manner of left-wing material as a kid. Aside from being surrounded by enough left-wing folk songs to warrant deportation 2 , that’s not the case; the only lefty who comes to mind as being on our bookshelves was Bertrand Russell, who gave me the creeps for some reason. Obviously we had Nineteen Eighty-Four and Animal Farm , but those are fiction. It wasn’t until the summer of 1981 that I picked up Homage to Catalonia 3 on a whim, then followed it up with volumes one, three and four of Orwell’s The Collected Essays, Journalism and Letters of George Orwell 4. I expect that many people, would consider Orwell a tepid cup of tea when it comes to left-wing non-fiction. There are reasons why Orwell appealed to me in particular. Some of them are pretty stupid. (Just getting that out there now.)

Maybe the dumbest aspect of my fondness for Orwell is what I will call the Spider Robinson factor: Orwell was an SF author (if you want to read Nineteen Eighty-Four and Animal Farm that way and of course I did) who also wrote reviews and the occasional cranky letter, which is to say he filled the same basic niche in my novelty-shy brain as familiar figures like Lester del Rey, Spider Robinson, and noted fascist James Blish. Orwell’s Collected Etc was the lowest possible bar if I wanted to dabble in lefty essays because I already knew how to tackle the material.

Each generation of science fiction writers is obligated to rail against the social effects of some modern technology. Orwell is no exception. If he were alive today, he’d be denouncing social media. Since he was writing in the 1940s, he grumped about movies and radio, which being solitary entertainments undermine community spirit. Pubs and cricket in contrast encourage people to come together, to find some common ground. Even if it’s just getting drunk.

Not that his essays and columns are all social criticism and cane-waving. Orwell could be very funny and he took genuine pleasure in many mundane activities, from the brewing of a perfect cup of tea to purchasing a rose bush from Woolworth’s and then researching its proper varietal nomenclature. Social revolution is an uphill process, but planting a Woolworth’s rosebush will always get you roses, even if they are not the variety the label promised.

People of a more historical bent might find his accounts of Anglo-American relations of interest. Officially the UK and the US were allies but this was after decades of rivalry and mutual distrust. In practice there were many sources of friction, whether it was the American outrage that British people treated African Americans as people or British jealousy over the comparatively high wages American soldiers were paid.

A subject Orwell often revisits is truth, and its near-total absence from daily life. While he had as many blind spots as the next person 5, Orwell at least tried to be self-critical, to keep and read a record of what he thought (if future events proved him wrong, he could then see where he went wrong and try to avoid such errors in the future). He also tried for consistency: if it was wrong, for example, to brutally exploit an English worker, it followed that it must be just as bad to brutally exploit a Burmese worker.

Confronting the gap between the world as it is and the world as one wants it to be is uncomfortable. To deal with that, people have the ability to blind themselves to facts they do not want to know, to embrace comforting lies, and a remarkable capacity to believe simultaneously ideas that are clearly incompatible. Orwell seems to have found these cognitive tools as uncomfortable as ground glass under his eyelids. Irritate a regular person often enough and you might provoke a berserk rage. Irritate a writer and you get a novel. 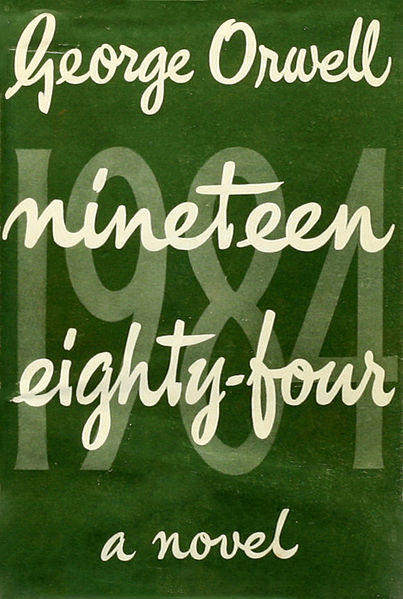 The Collected Essays, Journalism and Letters of George Orwell: As I Please, 1943-45 Volume Three is available here.

1: Orwell requested in his will that no biographies of him be written. Sonia Orwell was not able to prevent biographies from being written, but she did at least manage to delay the issue by granting the rights to an official biography to someone who never got around to finish writing it.

2: If you’ve ever wondered “is it possible to get kicked out Canada over musical preferences?” the answer used to be “yes.”

3: The problem with reviewing Homage is that it happens to be the book I was reading the day my girlfriend Nancy dumped me in August 1982. As a result, a perfectly ripping story about revolutionary fervour, betrayal, and the health benefits of being shot in the neck have for me an inappropriately melancholy atmosphere.

(Some of my friends and readers may ask “how is it that you never mention what happened when you and Lynn broke up?” We never formally broke up. She just never replied to my letters during work term and avoided me when she came back to UW in fall 1981. For all I know, we’re still dating.)

4: Book distribution in Ontario was pretty hit and miss. Just putting my hands on the three volumes of this series that I own required several expeditions to Classics Books in Toronto. It wasn’t until the late 1980s that I managed to find a used copy of volume two. You kids with your Internet used bookstores ... you have no idea what it was like in the old days! (waving cane)

5: Orwell was quite homophobic, for example. I also recall a passage in which he dismissed a workers rally as being filled with half-wits and women. And he wasn’t keen on vegetarians.