1977’s Dying of the Light was George R. R. Martin’s first novel. While this novel is set in the same Manrealm as a number of Martin’s other stories1, this is a standalone. You don’t need to have read the other works to understand this one. This isn’t volume five of some interminable fantasy series.

Centuries after the collapse of the Federal Empire, the human worlds are still recovering. Fourteen of the more isolated, backward worlds collaborated on an ambitious project: terraforming the rogue world Worlorn as it passes by the giant star Fat Satan.

By the time Dirk t’Larien arrives on Worlorn, hoping to help a former lover, Gwen Delvano, Worlorn’s Festival is over. Its path will take it past Fat Satan and back into the lightless interstellar depths. All life on the world is doomed.

As is Dirk, if he sticks around.

A lot has changed since he last saw Gwen. Now she is betheyn to Jaantony Riv Wolf high-Ironjade Vikary (Jaan) of High Kavalar. A betheyn is essentially property; affection not required. High Kavalar does not practice monogamy. Instead, small groups of men, teyn (which might be best translated as blood brothers) share betheyn as common property. It is a recipe for domestic abuse.

One of Jaan’s teyn, a certainGarse, dislikes Gwen and torments her ceaselessly. Dirk believes (mistakenly) that Gwen has summoned him to save her. He is reluctant to leave her to her fate, but extracting her appears to be impossible.

As prickly as Jaan and Garse are, they are by no means the worst Kavalars on dying Worlorn. Lorimar high-Braith sees everyone from outside the four Kavalar holdfasts as subhumans fit only for killing. During the Festival, visitors were protected. Now Worlorn is nearly empty and law enforcement only a memory. The only one protecting the non-Kavalar humans is the idealistic but brutal Jaan.

That idealism won’t be enough to keep Lorimar and his friends from taking a close interest in bumbling, well-meaning Dirk. 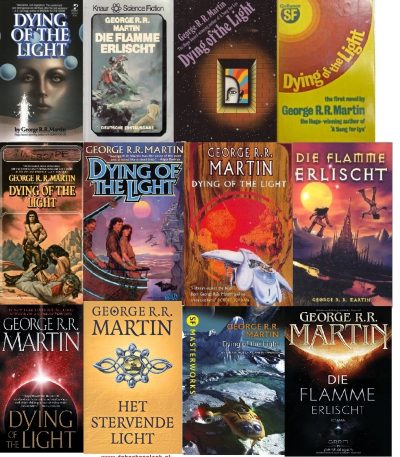 Not only did I read this as it was being serialized, but I started reading it in the very first issue of Analog I ever bought2. 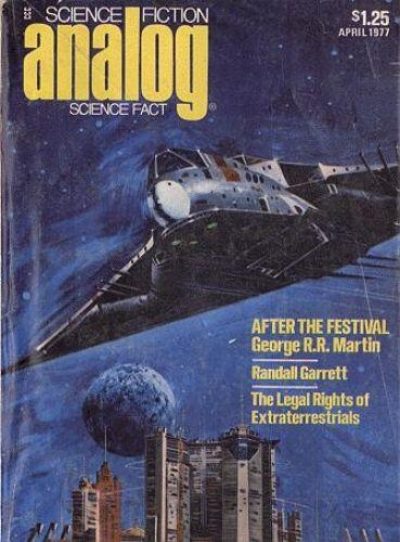 I read all the succeeding installments. The third installment of the four-part serial was included in one of Analog​’s more memorable issues. 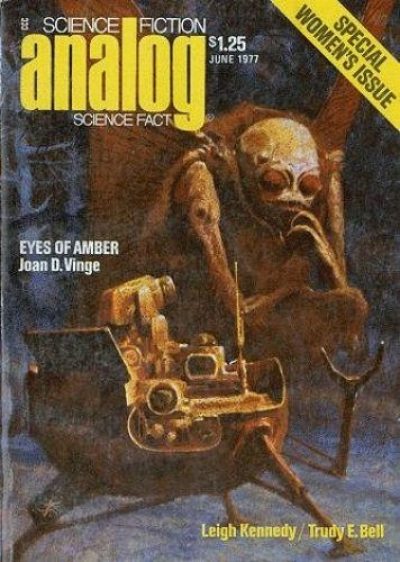 Given Analog’s track record under Campbell, when fewer than one in ten pieces were written by women, Bova’s special women’s issue — only eight of the eighteen credited items were by men — was a major step towards gender equity. Bova even contracted a female book reviewer for that issue, although (lamentably) she reviewed only books by men. And it was an outstanding issue: Vinge’s Eyes of Amber won a Hugo, and Tiptree’s The Screwfly Solution won a Nebula.

The first question that came to my mind after the re-read was, as one might expect, was: ​“is the physical setting plausible?” That is, could a starless world take decades to wander through a star’s Goldilocks zone? I was skeptical until I did the math: Fat Satan is a red supergiant and supergiants are stupidly bright, hundreds of thousands of times brighter than the sun. The very largest would, if dropped into our solar system, extend out past Jupiter’s orbit. Its radiation could keep water liquid five or six hundred AU away. If Worlorn and Fat Satan had very low relative velocities, then yes, it could take Worlorn a surprisingly long time to traverse the liquid water zone.

It’s considerably less plausible that it takes centuries for the inhabitants to notice that Worlorn is headed for Fat Satan, especially if the planet is slowly falling past the supergiant star. Fat Satan would been the brightest object in its sky for millennia3. Worlorn’s proximity to Fat Satan would have been obvious to any visitor who looked up.

The wider setting is also interesting. Martin imagined a huge and only partly explored galaxy.

There are many ways to move between the stars, and some of them are faster than light and some are not, and all of them are slow. It takes most of a man’s lifetime to ship from one end of the manrealm to the other, and the manrealm — the scattered worlds of humanity and the greater emptiness in between — is the very smallest part of the galaxy.

As I once commented, Martin’s space opera could also be seen as horror. Humans are completely dwarfed by a huge and uncaring universe. Nothing we do can be significant, because nothing will last.

High Kavalar’s curious customs would seem to justify an externally mandated modernization. Gwen might have agreed to become Jaan’s chattel, but none of the millions of women born on High Kavalar agreed to slavery. Yet Martin makes it clear that attempts to bring this world into the Century of the Fruitbat will only end badly.

This bleak view of humans as divided between monsters and victims is a George R. R. Martin recurring theme. So is the notion that idealism leaves a trail of carnage as bloody as that left by outworld barbarians.

Dirk, who combines comprehensive ignorance with overconfidence, seems likely to be especially ephemeral. It makes perfect sense to him that Gwen would turn to him for help and that his limited skills would appropriate to the situation he finds on Worlorn. Fans of Martin’s current series may be reminded of Ned Stark. I am reminded of a certain sort of well-meaning male undergrad once endemic to campuses of the Disco era, a male too eager to show off to actually pay attention to anyone, even his lover.

Dying of the Light is available here.

1: The Manrealm stories of which I am aware are:

Song for Lya
And Seven Times Never Kill Man
Bitterblooms
Dark, Dark Were the Tunnels
In the House of the Worm
Men of Greywater Station
Nightflyers
Sandkings
Starlady
The Glass Flower
The Hero
The Stone City
This Tower of Ashes
The Way of Cross and Dragon
Warship (with George Guthridge)
With Morning Comes Mistfall

2: I was for years convinced this was my first Analog 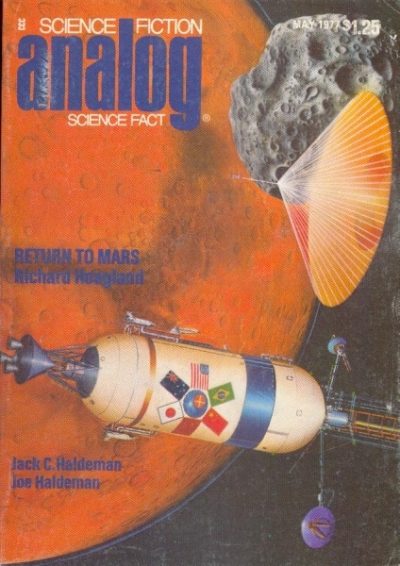 but the issue with the first installment of the Martin was published one month earlier.
Yes, that is the Hoagland you are thinking of.