Lionel Shriver’s 2016 The Mandibles: A Family, 2029 – 2047 is the third in a series of reviews … a series I am increasingly coming to repent ever having begun.

When investors decline to continue funding America’s soaring debt, the US’s foreign-born Latino President decides the only acceptable solution is to default on the debts. The consequences will reverberate for decades.

Many members of the implausibly named Mandible family used to take comfort from the knowledge that when their irascible patriarch finally died, his fortune would be divided among them. But the collapse of the US dollar (and the American economy with it) has stripped the old man of most of his assets. His remaining assets have lost most of their value. The Mandibles and America with them will be forced to do something unthinkable: adapt to changing circumstances.

In the short run, their main problem is a steadily rising tide of unwanted house-guests, as desperate members of the family, having defaulted on their mortgages, descend on the one member of the family who owns their own home outright. In the medium run, the whole family is forced to deal with 1) an increasingly authoritarian government and 2) shortages of anything and everything.

With the economy stalled, robbed of tangible wealth by a gold-hoarding government, driven from their home by bandits, the family is forced to confront a grim reality: New York can no longer be their home.

Their only refuge lies hundreds of miles away. Not all of them will survive the trek.

I’d love to know if somewhere in Shriver’s library lurks a copy of the 1982 Prometheus Award nominee Alongside Night. A copy that she read years ago and remembered vaguely when it came time to plot. Not that there are not important differences between the two books, the most important being that Schulman’s protagonists were not, as the Mandibles are, largely a collection of unlkeable, ineffectual knuckle-heads. Both novels are tracts preaching extreme anxiety re the Federal government’s management of the economy and rising government authoritarianism.

Readers find themselves dozing (or paging) through the interminable economics lectures which punctuate the book. These infodumps are sadly lacking the narrative dynamism of Lipsey, Sparks and Steiner’s classic Economics. 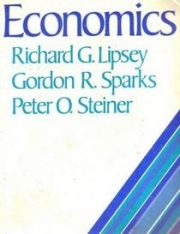 But they do serve to distract readers from Shriver’s tedious world-building, which is cobbled together from white middle-class anxieties re demographic, economic, and cultural change. There is also a great deal of concern over the decline in American power [1] and a sprinkling of what may have intended as humorous celebrity references.

The novel reads like a trunk novel from the late 1970s or early 1980s, dug out and lightly updated by replacing the unstoppable Asian economic powerhouse, Japan, with the unstoppable Asian powerhouse, China [2] One senses the author’s irritation that thus far American debt has not brought down their economy, that the hyperinflation predicted in the days of yore has not materialized, and that the inconsiderate Eurasian hordes have thus far declined to starve to death despite their ever-climbing populations. She expected the world to collapse and it did not. Bummer.

1. The US controlled something like 60% of the world economy in 1945. The only way they could have avoided relative decline is if the rest of the planet had stayed dirt poor.

2: The Russians turn out to have unexpected staying power as shadowy puppetmasters. No need to replace them.