Alexander Key’s 1979 standalone young adult novel, The Case of the Vanishing Boy, is the first novel by Key I have knowingly read. It was also his final novel.

How he got onto the commuter train is a mystery to the young boy. So is his name and his past. All he knows is that he is on the run and that it will be very bad for him if his pursuers catch him.

Blind Ginny takes an interest in the amnesiac boy. She cannot see as others do, but she can see as others do not. In short order, she gives him a name — Jan — and something much more valuable: allies.

Like Ginny and indeed like the rest of her odd little clan, Jan has very special powers, not least of which is teleportation. Agents of a certain foreign power want to force Jan to serve their government. Worse, the agents have adopted the guise of respected American authority figures, the better to con the law into acting for them. The police little suspect that the venerable doctor and his staff looking for a violent lunatic are in fact enemies of freedom itself!

Although he can no longer recall why he is so afraid of ​“Big Doc” and his staff, Jan is determined to evade them. This does not deter Big Doc. All it means is that the enemy agent has to find some way to compel Jan to obey him. Since wiping the boy’s mind didn’t work, the dastardly Red needs to find some other, more effective method.

Someone Jan liked, someone whose safety Jan would hold dear, is just the ticket. Someone like Ginny.…

I have used the original cover art because I am not crazy about the current cover: 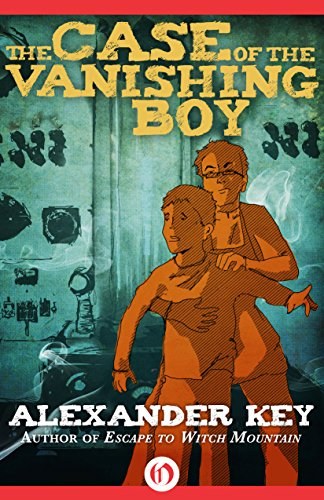 For decades, I was convinced that Zenna Henderson wrote Escape to Witch Mountain. Key himself never crossed my radar, which is why it took me so long to actually read one of his books.

There are definite parallels between Henderson and Key. Both of them liked to write about people with very special powers, often (although not in Jan or Ginny’s case) very humanoid aliens. Their protagonists generally live apart from mainstream society, with others of their kind (or in the case of the kids in Witch Mountain, are trying hard to get back to their people).

There are also differences in outlook between the two writers, one of which is attitude toward authorities. In Henderson books, the People live apart not so much because the authorities are known to be wilfully malicious, but because the People cannot predict how the authorities might react if they knew who and what the People were. In Key, authorities are presented in a more negative light: they are either outright menaces like the credentialed and respectable Big Doc, or patsies of menaces, like the cop who tries to arrest Jan.

This book is very much aimed at younger readers. It features a short, straightforward plot, simply-drawn characters, and a clear dividing line between the good guys and the bad buys. Given my track record with the Young People reviews, I hesitate to assert that kids may still be able to enjoy this. Still, if my synopsis intrigues you, the novel is easy enough to find: Open Road Media has brought the novel back into e‑print.

The Case of the Vanishing Boy is available here (Amazon) and here (Chapters-Indigo).