Whenever people mention Doris Piserchia to me, I admit that I am aware of her but add that somehow I never got around to reading anything she published during her all-too-brief but prolific career . Had I but looked more closely at the ​“P” section of my library, I would have seen that this was not true. I’ve had a copy of Piserchia’s 1980 The Spinner ever since I didn’t get around to sending back the Science Fiction Book Club’s monthly order card [1]. And I must have read it, because there was a bookmark tucked in the back. Too bad I remember nothing about this book.

The Rumson Bore is a triumph of human ingenuity, a hyperspacial tube linking Eastland City to … somewhere else. The dimension-spanning Bore offers a new frontier, a chance to spread across the universe.

But not for the human species.

Nobody is sure where Rumson’s invention leads, although wherever it is somewhere Earth-like enough to have its own life. A court order closed down the Bore, fearing that something dangerous might come through the Bore to Earth.

The closure came too late.

Mordak the spinner wakes from hibernation in an unfamiliar world, a garish, too-bright, cacophonous world unlike his beautiful, subtle world of muted grays. Trapped, with no idea how he got to Earth, Mordak’s first instinct is to take bloody revenge on the humans he blames for his predicament. Faster, deadlier than the hairless apes of Earth, he leaves carnage in his wake.

Forced to make the best of a bad situation, Mordak adopts Eastland City as his new home. True, daylight is too bright for his tastes but the night is welcoming enough. Mordak’s webs transform the city. The webs are deathtraps for the humans but for Mordak and his thousands of eggs, they are a necessary part of a comfortable new home.

Eastland’s human inhabitants inconsiderately prefer not to be torn apart or stuck in a web to wait later consumption. In the face of Mordak’s lightning speed and invulnerability, there’s not much they can do about the situation on their own. Unfortunately, help is not coming: not only does the outside world fail to comprehend the scale of the problem, the state authorities prefer to ignore the alien crisis. It does not compute.

The people of Eastland — recluses, juvenile delinquents, cynical cops, loving mothers and fathers, their succulent children, and one small community of embittered geriatric cannibals in possession of a surprising quantity of high explosives — are on their own.

The people of Eastland are doomed.

Mordak’s physiology and basic biology only superficially resemble familiar terrestrial patterns. Don’t get too hung up on pronouns like ​“he”; Mordak’s alien nature will defy expectation. The important facts are that he is fast, hard to kill, and able to produce thousands of his own kind given time. Anyone who has ever dealt with dandelions, crab grass, or the dreaded zucchini can tell you there is just one reliable way to deal with invasive species.

The outside world takes an awfully long time to react to the situation in Eastland. In the context of the Disco Era, this makes sense. Cities were seen as hives of scum and villainy, known less for their economic and cultural power and more for their crime rates, garbage strikes, and economic woes. Only a few years before this came out, President Ford’s response to New York’s plight was memorably commemorated by the Daily News. 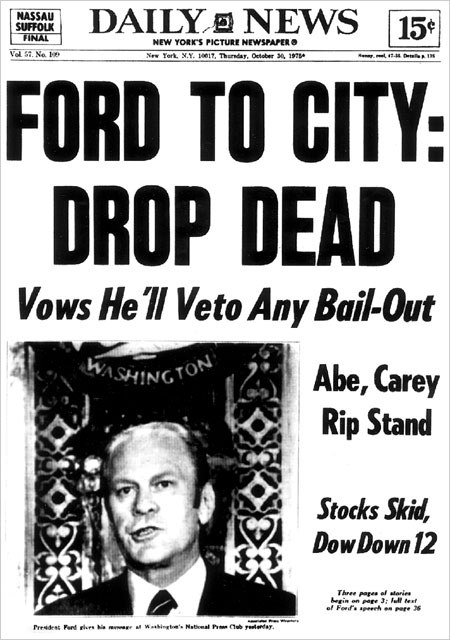 What we see of Eastland before the alien webs cover everything suggests that Ford would have abandoned it as well.

Further handicapping resistance efforts is the fact that the inhabitants of Eastland are an endearing but extremely dysfunctional lot, barely able to function even when carnivorous aliens aren’t swooping down to pluck off their heads. In many novels, this ragtag band of misfits would come together to foil the invader. In The Spinner , the characters interact but remain isolated in their own little terrified cocoons. The Me Generation lives up to its name.

Still, most of Piserchia’s characters are people you will care about. Maybe not the JD preying on the elderly (until the elderly prey on him). But the cop desperate to find his lost sister, the angry codgers determined to matter, the brain-damaged youth bent on besting the alien at its own game — those folks draw the reader into the story.

As far as I know, The Spinner is very out of print in North America.

If you are curious about this author, I recommend the Doris Piserchia Website.

1: The SFBC helped people enhance their personal libraries with an order system that required people to indicate what books they did not want to be sent. Combine that with teenaged procrastination. Result: I own a lot of SFBC books I might not have otherwise ordered.