The Regul attempted to exterminate the mri, in order to prevent the alien mercenaries from selling their services to the human Alliance. Perhaps a prudent action, but ultimately unsuccessful. Two mri survive, prisoners of the Alliance forces occupying Kesrith. Only two, but Niun and Melein alone are sufficient to threaten the delicate peace between Regul and the humans.

While George Stavros, new governor of Kesrith and other ceded territories, acknowledges that the mri are victims of a terrible crime, the official is also aware that two mri are too few to reestablish the species. The Regul (in contrast) are going to be a factor in Alliance affairs for a very long time. The rational thing to do is to eliminate the last two mri, to ensure that the peace process continues on its bumpy way.

The mri are not the only road bump on the way to peace. Their human ally, Sten Duncan, is a living reminder to the easily affronted Regul that there is a history they would prefer buried. Sten is safe for the moment but who can say what the future will bring?

An ancient mri artifact offers a way out. The mechanism is a star map, apparently a relic from the days before the mri migrated to Kesrith. Stavros connives to allow Duncan and the two mri access to the unarmed scoutship Fox; he assumes, as does indeed happen, that the trio will steal the scoutship. Problem solved. The mri will retrace their steps across the galaxy and vanish from Regul/human affairs.

What the trio find is a long trail of dead worlds, each one a previous home of the mri. The mri’s grand cycle of rise and fall, of recovery from near extermination, has been going on for a very long time.

The most recent iteration may be the last: the Regul are determined to end the mri forever. A fleet has followed Fox across the Milky Way. 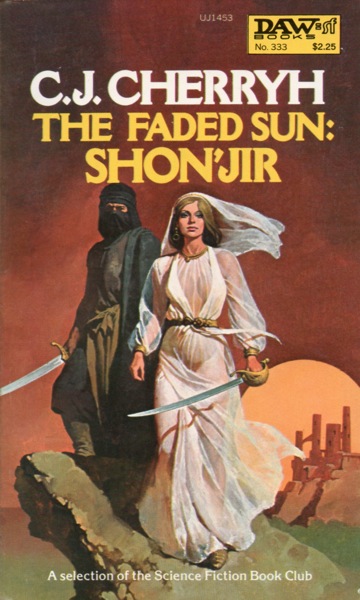 that DAW used for the mass market paperback, but I am even less keen on the Jack Woolhiser cover for the SFBC edition. 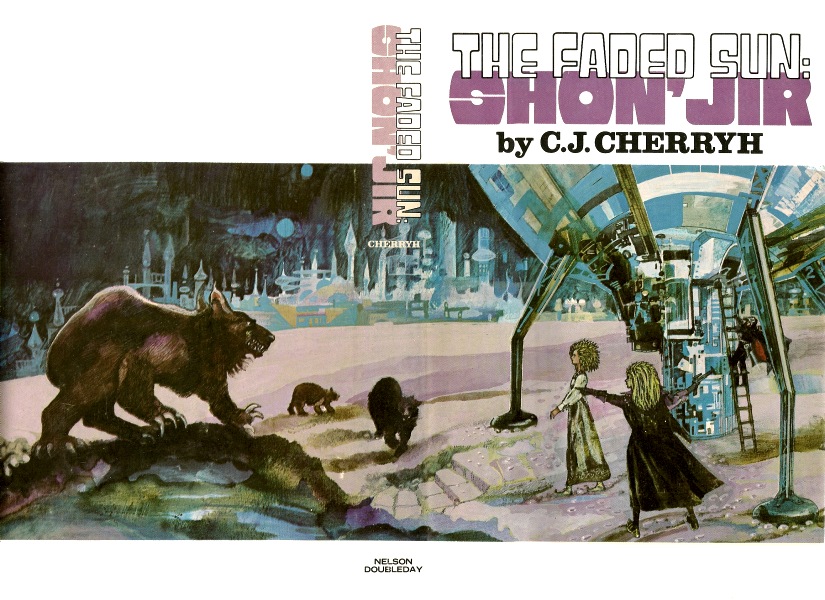 A despairing character in Miller’s A Canticle For Leibowitz asked

Listen, are we helpless? Are we doomed to do it again and again and again? Have we no choice but to play the Phoenix in an unending sequence of rise and fall?

In the case of the mri, the answer to that question appears to be ​“Yes.” The mri are very, very determined not to stray from the path of righteousness as they see it. Unfortunately for everyone around them, that path involves being horribly lethal warriors. Unfortunately for the mri, each cycle invariably ends with their near-extermination at the hands of someone more adept at mass warfare than the mri 1. On the one hand, points for steadfastness. On the other, even the Scots eventually learned from experience and the Scots are the Kzin of Europe.

Idealism seems to be a dead issue in Cherryh universes. Realpolitik rules. It says something for Stavros that he does not march into the holding cells and shoot the last two mri, or at least allow them to kill themselves in the mri manner. It would solve Stavros’ pressing short-term problems. Nor are the mri going to be of any use to humans in the future. It’s not even clear if the mri are of any use to the mri.

Rather like the first volume in the series, this is the very opposite of a Mighty Whitey story. Sten Duncan is most useful to the mri for his human training and connections, which give them access to Fox. As far as his attempt to become a mri himself goes, it is necessary because only mri are allowed to visit the lost mri homeworlds. However, he is not going to become better at being mri than the mri.

This is very much the middle volume of a trilogy, functional enough as a standalone, but really intended to be read with the other two. I would strongly advise against beginning the series with this volume. Happily, there’s an omnibus available, with the best of the three Faded Sun covers. 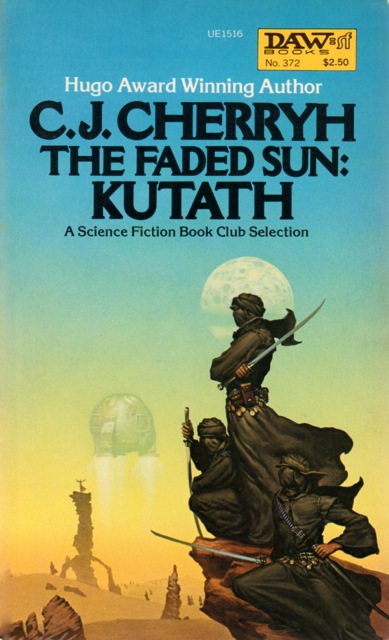 1: Dozens of genetic bottlenecks must have had an interesting effect on the mri gene pool. Cheetahs might look diverse compared to the mri. See also suggestions of a mammoth genetic meltdown .