Strategically located midway between the rim of the parent galaxy and the densely populated systems of the Greater Magellanic Cloud, Sector 12 General Hospital took the resources of hundreds of civilized worlds to create. Not a surprise, since its mission is to provide health care to all beings of all kinds. Even the radioactive ones. Even the ones unfamiliar to the Galactic Federation, races about which nothing is known.

Trapped in tedious, blue-collar jobs by a hulking exterior that conceals the bright mind inside, O’Mara’s hobby is annoying his co-workers. This backfires when two aliens are killed constructing Sector General. The dead Hudlarians were married and leave behind a child. Already unjustly accused to negligence in the death of the Hudlarians, O’Mara is saddled with the job of caring for their child.

Hudlarian children are armour-plated and weight half a ton. That’s only the beginning of O’Mara’s problems.

O’Mara’s situation makes it clear that even in a future with zippy-fast hyperdrives and a galaxy-spanning peace-mongering Federation, Human Resources still sucks:

Personnel officers could not believe that a young man with such square, ugly features and shoulders so huge that his head looked moronically small by comparison could be interested in subtle subjects like psychology or electronics.

Aptitude tests are supposed to allow HR to overlook the fact their candidate looks like a well-dressed Thrud the Barbarian. 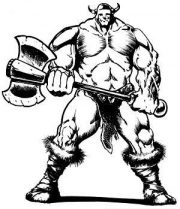 There is an easy fix for such physical prejudices: have the human candidates evaluated by non-human functionaries. But this is early days in the history of Sector General, and people are still working out how to make the facility function.

The Monitors quell wars but as far as pacifist Doctor Conway is concerned, the peacekeepers are the lowest of the low. Only brutes use force to solve their problems.

Conway gets a chance to put his principles into practice when an alien being runs amok within Sector General. Dozens are dead already and there’s no talking to the being. Will Conway kill one to save many?

As so often happens on Sector General, the precise nature of the being he is dealing with is unclear: with hundreds of races in the Federation, from as many worlds and environments, it is hard to be sure who are the thinking beings and who merely pets. For that reason, it’s possible the comforting words Conway gets after his decision are what we call ​“a lie.”

I get the sense the Federation is a comparatively new thing. This makes it a bit hard to reconcile with seemingly related stories like ​“Custom Fit,” set in a past where the Federation (or at least a Federation) already exists.

This time there’s no question about the species or intelligence of Conway’s patient: Emily is a brontosaurus. Seconded to assist the abrasive Doctor Arretepec, Conway must find some way to overcome the communications barriers or Emily’s entire species is doomed.

Parallel evolution does not work that way, not even in Sector General. I suspect the only reason it did in this case was authorial fiat, to facilitate a dreadful pun.

No, I will not tell you the pun.

The story is driven by communications barriers: neither doctor really understands dinosaur psychology; Arretepec is an arrogant jerk not much inclined to listen to the blatherings of a barely-sentient Earth-monkey.

White’s wife Peggy, a nurse, assisted White with various details of the series. It is possible that her experience of doctors is why so many of the doctors in Sector General are abrasive and difficult.

How to save a nigh-indestructible patient from itself? And how to save its offspring?

The Sector General stores were written almost sixty years ago. The technology is typical of the author’s time. The hospital has mind-mapping tapes and libraries full of medical texts, but nothing like the searchable databases it would have if the series were written today.

(At least White does not, as Bradbury once did, have ink wells on every future desk. This, even though the oldest of the Sector General stories predates ubiquitous cheap ball point pens.)

The wrecked starship’s unfamiliar design declares that the rescue operation is also a first contact. Not just between the Federation and a species just now finding its way into space, but a galactic civilization as mighty as the Federation. Whether relations will be peaceful or militant may depend on Diagnostician Conway’s ability to understand the physiology of a completely unfamiliar species.

Diagnosticians are the elite few who can handle having alien memories implanted. In the early days of Sector General, they were invariably male or the closest analog their species had because women (and their analogs) were believed to be unable to withstand the experience. Towards the end of the series, this belief was shown to be false.

Conquest is apparently impossible in the Sector General universe but simply annihilating all life on a specific planet is quite doable for anyone with the technology to make starships. Presumably this provides considerable motivation to find ways to coexist.

I have a terrible confession to make. While I am a fan of White’s SF, I am not particular fond of his Sector General stories. Note that this is not a Because My Tears Are Delicious to You Review. Left to my own devices, I would likely never have got around to reviewing Sector General books. Happily for all the Sector General buffs, the anonymous sponsor of this review is a fan.

Living as he did in Northern Ireland, White could get as much smashy-smashy bang-bang boom as he wanted simply by walking out his front door. If he had been particularly unlucky, he might even have been gunned down and his death covered up by the government. White had little reason to find fictional violence compelling rather than repugnant.

Fiction needs some sort of drama; White found his in medicine. It was an excellent choice on his part: the Sector General stories spanned a dozen books over forty years. The series is proof that SF can feature protagonists other than soldiers, cops, and engineers.

Tor has been exceptionally diligent about keeping White’s work in print in one form or another. Although Hospital Station as a standalone work is long out of print, it is available as part of the omnibus Major Operations.