In the past, my main interest in William R. Forstchen was keeping an eye on his Wikipedia entry. Someone, I could not say who, appears to be policing the article (and one of its subsidiary entries) to ensure that no detailed discussion of Forstchen and Gingrich’s 1995 novel,1945, appears. 1945 had a noteworthy sales record1

and in the Darwinian world of modern publishing, it’s all too easy for one poorly selling book like 1945 to torpedo a career. It makes perfect sense that anyone with an interest in the success of an author or authors who have a dud book to their credit would want to minimize public discussion of that book. It is certainly interesting to watch the minimization proceed.

I am happy to say that William Forstchen survived the debacle of 1945 and went on to write quite a lot of novels. I am even happier to say I have not read most of them. If only I could say the same for 2014’s Pillar to the Sky, a book about which the kindest thing I can say is ​“blandly derivative of far better novels published two generations earlier.”

It’s some time in the future or possibly present or recent past: definitely more than eighteen years after the fall of the Soviet Union so 2010, maybe? Even 2015 seems a stretch from the internal chronology and 2020 is right out. Anyway … America is plagued by soaring oil prices — oil is $150 a barrel and can only go higher! — and constrained visions of the future. No person better embodies the limits of contemporary American vision than the preening Luddite Senator Proxley, as we see in the scene where he bullies Gary Morgan and Eva Petrenko Morgan for daring to believe in a space elevator. Or rather, for wanting the US government to pay for it.

Luckily, eccentric billionaire Franklin Smith has taken as his personal model Andrew Carnegie’s Gospel of Wealth, which urged the wealthy to use their fortunes to better society. Smith would like to be known for some grand effort that would have as big an impact as the Carnegie Libraries2. He has settled on providing the funding for space elevators. He is sure that such elevators, coupled with space-based solar power generation, could create nigh limitless wealth for humanity. While the cost of the project is more than he can personally afford, he has the charisma and the clout to bring in more investors… and to sway the government.

If there’s one thing Darien and Poyais taught us, it’s that venture capitalists are people of vision.

Even more luckily, by the year 2010 or maybe 2015 but definitely not 2020, materials science is at the point where a space elevator is possible with the materials on hand! But not only is the price tag enough to literally beggar a billionaire, but the project faces opposition from sincere Luddites like Proxley and his ilk. It is also threatened by armed opposition from the vast hordes of people whose livelihoods would be threatened by cheap power from space. And that last group includes people with access to sub-launched ballistic missiles. 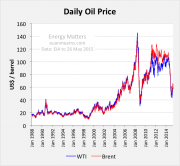 Remember it takes a while for books to get from manuscript to print. And SF authors tend to assume that short-term trends are also long-term trends.

You may wonder if the venture capitalists in this propose rewiring the US with superconducting cable or using the super-high tensile strength materials for less ambitious but more immediately profitable applications (like suspension bridges). If they did, I missed that detail.

Pillar to the Sky was the first title in Tor’s ​“thrilling new series of NASA-Inspired Works of Fiction that are intended to not only educate, but also encourage young adults to examine the rewarding careers that science and technology have to offer.” If there was ever a second novel in the series, I have been unable to find proof of its existence. I get the vague feeling if I had access to Bookscan, I might find that Pillar to the Sky sold 2538 copies in hardcover and 1637 in trade, but since I don’t, I can only point at the fact all of the glowing reviews Tor supplied under ​“praise for Pillar to the Sky” on their page for this novel were actually for another Forstchen book, One Second After. Which leads me to suspect that this didn’t do as well as other Forstchen books have done.…

Well, that and the Goodreads reviews included on that same page include this gem:

I kept thinking this is what would have happened if, back in the 1960’s, NASA had commissioned Arthur C. Clarke and Robert A. Heinlein to co-write a story that would get Americans excited about space exploration… and then forgot to send it to an editor.

I am no publishing insider but if I were trying to market a book with reviews, I would really try very hard to find more positive reviews than that to do it. Although noticing those reviews is what got me to read this.…

(Bookscan does not track ebooks as far as I know so maybe it sold millions as an ebook. But I would bet that it didn’t.)

The main antagonist, malevolent Senator Proxley, embodies the main reason I suspect that this book did not do well, which is that as a sop to space advocates, it’s incredibly dated. Proxley is a thin disguise for Senator Proxmire, whose many sins included energetic opposition to space exploration, and premature anti-Space-Shuttle-ism in particular. Just as hating the Nazis too early was bad for your career, so too is having too early seen the shuttle as a massive boondoggle. At least in the eyes of space fanatics. Proxmire was an early enemy of the shuttle — too early — and even though the shuttle turned out to be a dud, Proxmire is still loathed throughout the space advocacy community.

Or rather, by those of the space community who are old enough to remember Proxmire, who retired in 1989. Stories attacking Proxmire date back at least to 1960’s ​“Death and the Senator,” which means that the sub-genre of stories featuring a thinly disguised villainous Proxmire has lasted almost twice as long as the space shuttle lasted in service.

The book reads as if it were a trunk novel Forstchen had set aside since the 1970s. Part of this may be due to the fact that space advocacy hasn’t really advanced much since the 1970s. The latest addition to the space fanatic canon, lunar helium three, was introduced in the late 1980s. You may remember that I am not entirely keen on lunar He3, so it is with some relief that I can report it is completely absent from this novel. The novel is also sceptical about the prospects of commercial fusion, which is actually an interesting speculation (remember that I have a personal interest in beaming power; the Nicoll Dyson beam started off as a way to power deep space probes).

What we are offered as the Killer App of Space is space-based solar power, which many of us well over the median age may remember from Peter E. Glaser’s 1968 paper. Power from the Sun: Its Future. In its typical form, the concept envisions vast orbiting solar power arrays (SPAs) that collect power and then beam it down as microwaves3. The SPAs would be built by hard-working colonists, on the Moon and in space; the arrays would generate the revenues to build even more colonies to build even more SPAs, which in turn would allow the population of hard-working colonists on the Moon and in space to grow exponentially.

It’s weird thing but I don’t recall the name Ponzi ever come up in this context in the 1970s.

Forstchen introduces a truly remarkable twist on the idea, which is that instead of microwave beams, which I admit could face significant marketing problems, he envisions using a very long superconducting cable, run down the space elevator. Instead of being dependent on a large number of oil producing nations, delivered to the US in vast fleets of oil tankers, the US would instead enjoy the unparalleled security inherent in running everything off an extension cord dangling from orbit and then extending across the Pacific.

(The appparent practicality of this bold scheme may have been enhanced in its architect’s eyes by the fact he appears to think all the power the US needs can be provided by one Manhattan-sized array, which I admit would be true if America was much poorer or if the sun was forty times brighter than it actually is. At a guess, the phrase ​“Manhattan-sized SPS” turns up in O’Neill somewhere or if not there in CoEvolution Quarterly and Forstchen misunderstood.)

On an entirely unrelated note, the extreme vulnerability of the space elevator (to which the extension cord is attached) to military attack is a plot element in this novel.

I find it interesting that I cannot tell if the author is a True Believer in SPAAACE or if he just has a firm grasp of the conventions of this sub-genre and cynically wrote his book around them. Watching him dance around the question of whether Anthropogenic Climate Change (ACC) is real or not was especially interesting. He wants to use ACC to justify SPAs, but at the same time he doesn’t want to lose that large subset of space advocates who, like Rand Simberg, loudly disbelieve in ACC. One of the book’s characters, from the Republic of Kiribati, claims that the risks to all low-lying lands are too large not to take steps in mitigation — but there is also a character who thinks all this sea-level-rise doomsaying is nonsense.

This was such an odd book with which to begin Tor and NASA’s partnership. It reads as though someone took a second-rate retread of Arthur C. Clarke’s 1979 Fountains of Paradise and Charles Sheffield’s also 1979 The Web Between the Worlds4, and ineptly updated it for the 21st century. I cannot fathom the thought process that ended someone saying ​“Yes! This unremarkable book that reads as if it had been sitting in a drawer since Jimmy Carter was President is the very best choice for our maiden venture! It will be bigger than Prince Ombra and Kahuna combined!”

But the fact I have the book in my hand suggests that such thought processes did occur. To someone(s). Who may be regretting the decision.

Pillar to the Sky is inexplicably available from Tor Books in a variety of formats.

1: Although 1945 set what were, at the time, rumoured to have been industry records for returns, this was not the fault of the authors, nor even of its publisher. The debacle was due to booksellers grossly overestimating how many copies of an unremarkable mid-list SF novel by a nobody and an extremist-politician-turned-SF-writer could be sold, combined with an archaic book distribution system that allowed foolish booksellers to foist the cost of their bad judgment onto the publisher. With huge orders of the book in hand, the publisher had two deplorable choices: try to convince booksellers the novel wasn’t going to sell incredibly well, or, print as many as were ordered and hope that 90% of them didn’t come back. Which they did.

2: In the early 20th century, half the public libraries in the US (as well as a fair number of the libraries in Canada, including the one in which I wrote this review) were Carnegie Libraries; almost a thousand of them still survive.

3: Using power densities low enough that the microwave beams would not also be ravening beams of destruction that could annihilate entire neighbourhoods every time the emitter array jiggled.

Because that would be bad.

4: I mention those two books so often I feel like they are owed at least a compare and contrast review, if not individual reviews.