Virginia Kidd is best known as an influential agent; she also edited a small number of anthologies. 1978’s Millennial Women (also published under the title The Eye of Heron and Other Stories ) is perhaps the best known. It contains six science fiction stories of widely varying length, all by women, all original to this anthology.

“Prayer for my Daughter” • poem by Marilyn Hacker

This seems to be a sunnily optimistic poem. In Hacker’s defence, at that time, things were bad for women but slowly getting better. It was reasonable, although as it turns out entirely incorrect, to think that conditions might continue to incrementally improve.

This is not a statement of purpose, but more of a description of the contents of the anthology. The effect is an oddly detached one, almost as though Kidd were discussing someone else’s work.

“No One Said Forever” • short story by Cynthia Felice

Carol is offered a plum position in far-off Antarctica. However, no accommodation will be made for her easily provoked lover Mike or his son. Is this the end of their relationship? Will Carol, like her mother before her, be the sort of person who abandons those dependent on her for business reasons?

Mike has moved twice because of Carol’s job; it is not as if he weren’t willing to make sacrifices to stay with Carol. That said, his reaction still raises the question of whether or not Carol isn’t better off without someone prone to vein-popping outrage.

“The Song of N’Sardi-el” • short story by Diana L. Paxson

A family of space-traders rescues a young castaway while on their way to an alien world where they hope to make their fortunes. The results are tragic.

Amnesia is a time-tested, never-to-be-forgotten plot-enabler.

If the castaway had recovered her memories earlier in the story, things would not have played out so badly. If she had remembered them afterwards, ditto. Memory at the wrong time turns out to be deadly.

The setting seemed fairly generic (although I suppose the story is too short to have time for background). The aliens are at least alien in form, although they are enough like humans to feel shame and engage in warfare.

A party of women are travelling across what may be post-apocalyptic America. They overnight in a small town, accurately named Upper Misery. There they help a young woman give birth. Which of two men is the baby’s father is open to question. This confusion could have been a long-running source of friction between the mother, her husband, her lover/husband’s brother, and an insanely judgemental father-in-law. It is not. The immediate results are much worse.

I don’t think Lynn writes about healthy relationships (even Sorren and Paxe seemed a bit exploitative given that Paxe was twice Sorren’s age and also that Sorren was only half a step up from being a slave for much of her life) but the situation here is the stuff of horror stories.

Just how far will a preacher go to save one life?

The solution to a life-support problem isn’t a lecture about cold equations followed by a brutal murder. How does that even work?

Phoenix in the Ashes • novelette by Joan D. Vinge

Two and a half centuries after nuclear war scoured the northern hemisphere, South America’s Great Powers retain the knowledge of the lost golden age. However, they lack the resources to make full use of their heritage. A lonely prospector heads towards the Los Angeles Basin to look for desperately needed metal and oil. What he finds instead is calamity and true love.

Amnesia is a time-tested, never-to-be-forgotten plot-enabler.

Unlike the survivors in many post-nuclear-apocalypse stories, the civilizations in this story know that urban ruins can be a useful source of materials. What really constrains recovery is the end of cheap oil 1.

The Eye of the Heron • novel by Ursula K. Le Guin

Victoria is a world of outcasts. The City was settled by Brasil-America’s once-great elites, cast out as undesired criminals. Nearby Shantih Town was settled decades later by pacifist anarchists unwanted in an age of war. Though unlike in many ways, the two groups are economically interdependent. Believing that they have the upper hand in the relationship, the patriarchal aristocrats in the City see no reason to treat their partners with respect or kindness.

Victoria is a whole world. Easy enough for some of the Shantih Towners to simply up stakes and move far enough from the City to be free of its rule. But not only would this mean dividing Shantih’s unified community (which almost unthinkable to these communalists), but the City sees its neighbours as property. De facto serfs. Emigration is theft.…

The conflict here isn’t just between oppressors and oppressed, but also between consensus-driven pacifistic anarchy and violently patriarchal aristocracy. The only reasons that the confrontation doesn’t immediately devolve into a bloodbath are 1) it takes a while for the hotheads to work themselves up to lethal violence and 2) dead people cannot work. Well, and maybe 3) the City is so convinced that they are in charge that it takes them a while to comprehend that Shantih Town really is saying NO to the City’s demands.

What it says on the tin.

I used the cover art from the original first edition. That’s not the edition I actually own. I have the Dell mass market paperback, which you can tell is science fiction by the space suit and the big lever. 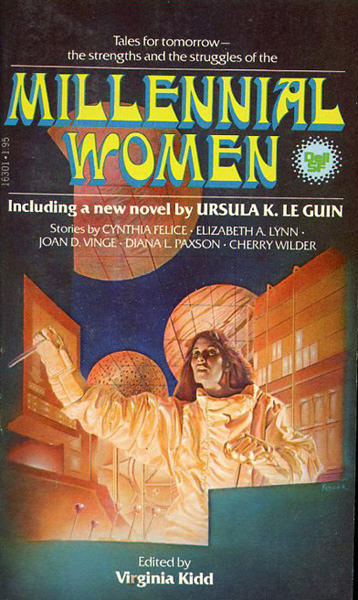 No disrespect to the five other contributors but … Le Guin’s story overshadows the other stories in the collection. It’s not just that her novel takes up more than half the anthology; it is because her narrative is more complex and nuanced than any of the other stories. Perhaps because it has the space to be.

Eye of the Heron , along with The Dispossessed and The Left Hand of Darkness, angried-up noted cloud-shouters Charles Platt and Gregory Benford sufficiently that they were inspired them to write this memorable bit of cane-waving:

(from The Pompous Rose, published in The Patchin Review , Number Six, March-May 1983 as by ​“uncredited”)

In The Dispossessed , The Left Hand of Darkness , and The Eye of the Heron , the small communities of idealists are nonviolent, thoughtful, compassionate, and hard-working. They reach decisions by consensus. When a member of the group is too disagreeable to be reasoned with, he is simply ignored; exclusion is the only form of punishment.
(…)
Possibly, Ursula Le Guin might argue that her social models are not intended to be taken as literal prescriptions for utopia. Perhaps it is the role of the idealist merely to encourage hope and the dream of transcendence, just as it is the role of a fantasist to remind us of the myths that make us human.
In that case we would reply that it is misleading and dishonest to couch such vague promises in such seemingly concrete terms, depicting make-believe as if it could actually happen . Le Guin’s societies are anything but realistic, in that they deny all the harder lessons of history…

I don’t know which part I admire more: the way the authors conflate the various works to make it appear that details particular to one are common to all; the apparent disproof of the existence of Mennonites; the stern admonition not to present make-believe as real by a science fiction author whose work features faster-than-light starships 2 . 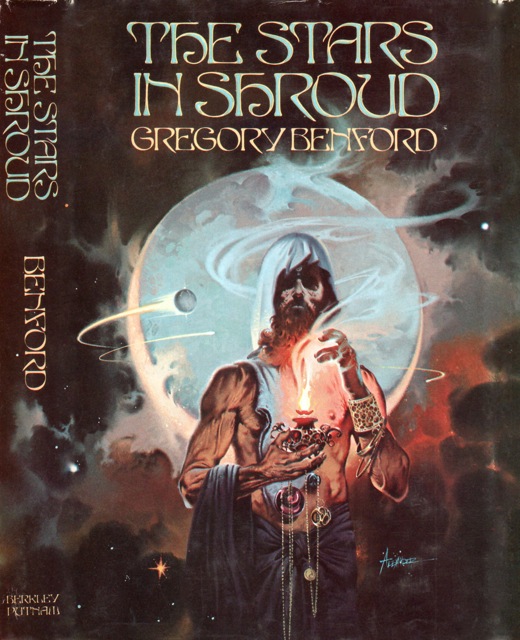 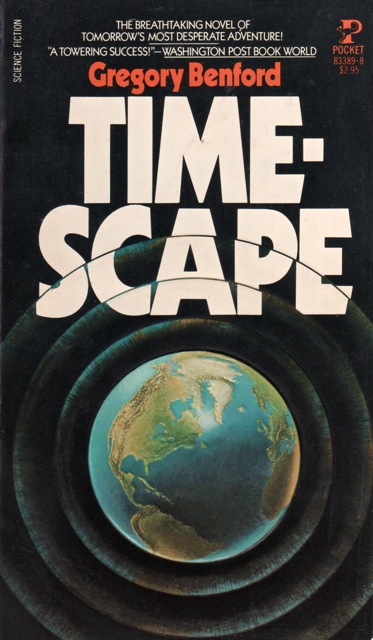 I can unreservedly admire the ability to inspire such impotent, misleading frothing. You can tell a lot about a person by their enemies. Le Guin’s enemies are most impressive.

Millennial Women is completely out of print.

1: South America does not lack for coal. In theory the South Americans could go the coal gasification route, but in practice SF authors don’t want to deal with anything as mundane as coal in their stories.

2: Benford’s Mongol Empire appears to be simultaneously steppe nomad and Japanese, which is not a historical impossibility. Kublai Khan might have managed to invade Japan.… However, Benford’s conception of the Mongol Empire IN SPACE seems to owe more to ignorance of the differences between quite dissimilar groups of Asians. Which is a bit odd since he actually lived in Japan when he was younger.