2015’s The Flux is the second volume in Ferrett Steinmetz’s ​‘Mancer trilogy.

Paul Tsabo has a remarkable talent for tracking down ​‘Mancers, the magic users whose talents make them Public Enemy Number One. That’s why he’s serving on New York City’s anti-’Mancer task force. True, lately his hit rate has been off a little, but that is not because he has lost his edge. It’s because he lost his enthusiasm for hunting ​‘Mancers when he realized that he himself is a ​‘Mancer.

As is his beloved daughter Aliyah.

The anti-‘Mancer task force was hastily assembled to deal with the deluge of new ​‘Mancers that the villainous Anathema unleashed in Flex. Or claimed to have unleashed; the promised deluge thus far has failed to materialize. Still, even with Paul working from inside to steer investigations away from his family, the task force is an ongoing threat to father and daughter.

To make matters worse, a shadowy figure known as the King of New York wants Paul caught. Exactly what resources the King has is unclear, but what is clear is that the King has some nigh-infallible way of keeping tabs on Paul. Every time Paul opens an illicit Flex lab, the King snitches to the cops.

All is not quite as it seems: once Paul makes contact with the King he discovers a man with similar magic and apparently similar pro-’Mancer ideals as Paul. Like Paul, the King does not want to see New York’s ​‘Mancers rounded up, brain-washed, and enslaved by the American government. Unlike Paul, the King’s resources are prodigious, enough to purchase and operate a secret refuge for ​‘Mancers under the guise of a psychiatric institution 1.

An alliance seems desirable, not least because the King’s staff can offer troubled Aliyah the therapy she desperately needs. But there will be costs: Paul’s friend Valentine is an obligate loner, unable to adapt to life as one of the King’s gifted multitude. Protecting his daughter may mean abandoning his friend.

And then there’s the fact that the King’s right-hand man plans to help Aliyah deal with the guilt of having killed by turning her into someone who feels no remorse whatsoever. Ever.

Ah, fantasy and science fiction: where it’s OK to have a chubby (but still hot!) supporting character on the pages but not on the cover. Add about twenty kilos to this figure 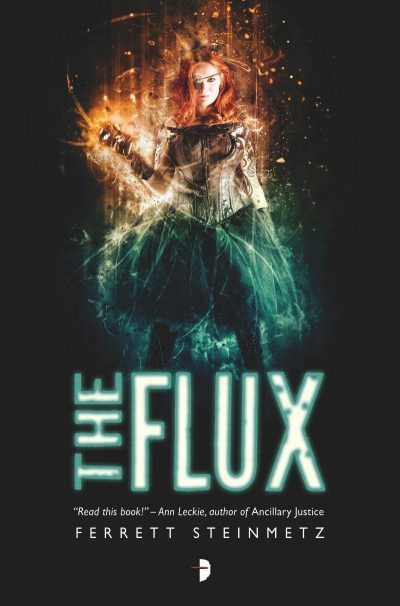 and you’d be closer to Valentine as described.

Nor do I much care for plots that allow their protagonists to graciously spare deadly foes because the author has arranged for the protagonists’ friends to sneak back to finish off the enemy. It feels a bit like cheating.

And … I’m bothered by the cutting-and-pasting of plot. It seems to be impossible to have a wholly original plot. For that reason I’ll give the author a pass for drawing inspiration from elements of the plot of Stephen King’s2 Firestarter. The struggle for a little girl’s soul is engaging, whether the girl is Charlie McGee or Aliyah Tsabo-Dawson! But if you are going to borrow that conflict, you might want to avoid giving your little girl firestarting abilities as her signature attack. (To the author’s credit, the path by which the girls arrive at BURN IT BURN IT ALL powers are very different.) You especially want to avoid giving the fellow desperately trying to lure the little girl to the dark side in your book the same surname as his analog in King’s book. Although like Charlie and Aliyah, the two Rainbirds arrive at the same destination by different routes: King’s Rainbird is a death-obsessed Cherokee Vietnam War vet, while Steinmetz’s Rainbird is a death-obsessed African former child soldier.

One interesting bit of setting is revealed in the course of Valentine’s romance 4: it’s possible to de-magic a ​‘Mancer (although this seems to require a very very specific set of circumstances). I wonder if this will be followed up in the next book. It seems like a good idea. After all, ​‘Mancers don’t seem to be much good for anyone: bystanders, their loved ones, themselves. Or the universe as whole, given their propensity for punching holes in reality.

While public anxiety over magic is understandable, given the way WWII ended with the destruction of Europe 3, the US’ strategy for dealing with the issue is counter-productive on several levels. By making ​‘Mancers criminals for existing at all, and by adopting draconian punishments, the government ensures that almost every ​‘Mancer is extremely well-motivated to do whatever it takes to stay free. On a more personal level, the rules in play also force social isolation on ​‘Mancers, which is a bad idea for reasons from ​“It’s good to have friends to tell you when your ideas are nuts,” to ​“children shouldn’t have to worry their parents will turn on them as soon as the parents find out their kids are ​‘Mancers.” Steinmetz is clearly aware of the perverse incentives built into his USA’s legal system; his plot is driven by them. I have no doubt that he had any number of real-world examples in mind.

One more book in the series to go! Onward!

The Flux is available here.

1: Presumably some bald guy snapped up the only private school available for purchase.

2: Dur. It only now occurs to me that the author might have chosen the King of New York’s title for more reasons than its reference to his ability.

3: I wonder what happened in the Pacific Theatre of Operations?

4: Interestingly enough, Valentine has a romance with someone other than Paul. See, it is possible to write a book in which a man and woman work together without hooking up. Yeah, Paul is still mooning over his ex-wife, but the real impediment is that Valentine inexplicably does not find the middle-aged bureaucrat sexually irresistible. This is odd, because so many novels have assured me that middle-aged men are universally considered the epitome of desirability.