You may know Hurley from her blog (which I have been reading since it was called Brutal Women ), her Bel Dame Apocrapha series or the more recent Worldbreaker Saga . She is also an essayist. 2016’s The Geek Feminist Revolution collects three dozen of her essays. I will let you guess what the unifying theme is.

The book’s four sections — Level Up, Geek, Let’s Get Personal, and Revolution — include thirty-six short essays. Contrary to my usual practice I am not going to go through this chapter by chapter. I will also try to resist the temptation to quote extensively from the text. My fear is that I would just end up quoting the whole thing.

Hurley ranges across a wide range of subjects, from issues as abstract as the revelation that women have had active (if undocumented) roles throughout history, to the very personal, like the implications of Obamacare for her in particular1, from musings on what it takes to become a writer, to the recent unpleasantness with the Hugos, all from a feminist perspective. Those of us who follow her online will have seen many of these essays already. This book will be of interest to her earlier readers, but may be of more use to the folks out there who have not read the essays and who might be jarred out of some implicit prejudices by reading these acerbic pieces.

It’s not as if any of these essays will be a huge investment of time. Most of them are less than ten pages long.

Now, this is not a perfect book. As it all too often happens, there is no index. End notes are fine but no replacement for an index. You might think me obsessive about indexes, but if you ever try to find something in non-fiction books without them, you will agree with me.

But wait! You say. Wasn’t the matter of women in science fiction and the lesser genre of fantasy, of women in society in general, settled way back the 1960s and 1970s? And logically, shouldn’t we have continued a steady progression towards a more egalitarian society?

Ha, as they say, fucking ha. 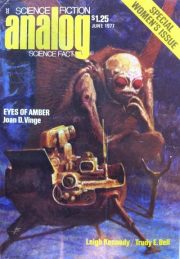 to an angry tirade denouncing women in science fiction. In the 1970s, a prominent figure might comment that all of the interesting new writers were women, excepting of course James Tiptree, Jr. By the 1980s, Bruce Sterling simply dismissed the decade to make his and his cronies’ accomplishments seem more impressive. If anyone criticized Sterling for his erasure of dozens of talented women at the time, I have seen no evidence of it. Indeed, judging by this asinine piece in the Guardian, and the all too common all or almost all male best SF lists, Sterling and those like him were successful in their effort to erase their female rivals.

In fact, The Geek Feminist Revolution’s own publisher, Tor Books, has a long standing problem: a comparative paucity of women in its catalog. Indeed, last summer, Tor publisher Tom Doherty cravenly threw Irene Gallo under the bus, in a futile effort to satisfy a handful of right-wing anti-feminist extremists. Tor would not seem the likeliest publisher to bring out a blatantly feminist work, but it has.

So, buy this book. Reward the author and her foot-dragging publisher. Share it with your friends. And don’t relax: in twenty or forty years we will still be fighting this fight.

1: It’s very difficult to convey how alien and horrifying accounts of how American health care works sound to a Canadian. Seriously, if I didn’t know they were real — if, for example, I didn’t know an American reviewer who died because she had to choose between paying her mortgage or having a doctor investigate her incapacitating chest pains — it would seem like something from a particularly silly Kornbluth and Pohl Garbageman novel. About the only thing about the US that seems even less believable is the collective enthusiasm for frequent mass murders.