1983’s Anackire, second in the Wars of Vis series, picks up a generation or so after the events of The Storm Lord. The cover of the book bills it as ​“an epic companion novel,” suggesting that this takes place in a shared world and that it is not a direct sequel. Not so! This is as sequelly a sequel as ever sequelled a melodramatic fantasy novel.

I disliked The Storm Lord and I disliked this book even more.

Raldnor has vanished into legend — or possibly into another time or place. None can say with certainty. He seems to have left peace of a sort behind him. Peace is an unlikely thing in the tumultuous lands of Vis. Indeed, as the events of this novel will show, it has only been a pause between wars. As the book opens, that pause is drawing to an end.

The peoples of this world are xenophobes; the imperialistic black people of Vis and the white Lowlanders, degenerate descendants of a once great race, loath each other. Despite the peace, loathing lingers. As does the possibility of yet another Great Man (or Woman) determined to seize history by the forelock and subdue everything within reach.

This novel’s Great Man is Kesarh of Istris. Kesarh is only a prince, but hopes to become much more. Not even his obsessive desire for his twin sister Val Nardia can distract him from his grand plans. Kesarh is brilliant, bold, and determined. He is also quite mad.

Kesarh will eventually have his way with his unfortunate twin. The result is both tragic and bizarre. Pregnant by incestuous rape, Val Nardia kills herself. Her body is cast into magical suspension and months later, her corpse gives birth to a child. Sent away by her father, the child is lost at sea. She survives to reach land. She grows into an extremely odd young woman, who, as is typical of melodramatic barbarian kingdoms, is likely to be the doom of her long-lost father.

You might think that this personal setback would make Kesarh reconsider his other plans. Kesarh isn’t that kind of person. He has set his will on world domination and will let nothing stop him. At first his plans go reasonably well: a rival is assassinated, a well-timed temple collapse crushes the king and the whole royal family. Kesarh is behind all of these convenient deaths, but remains undetected.

By mortals. Gods, on the other hand, see more clearly …

This book has all the problematic elements of The Storm Lord in spades. Lots of rape, with lashings of incest and victim-blaming; It was a struggle to get to the end of this novel.

Lee plays with recapitulation in this book. events echo episodes in The Storm Lord. A potentially interesting idea, if only I had enjoyed The Storm Lord at all. I am guessing that the intention was to underline the extent to which a grim history repeats itself endlessly. (Those who do not learn from history are doomed to repeat, and all that.) My response is to dread having to read The White Serpent, the third book in the series.

At least the Whelan cover for this book 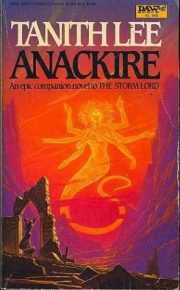 is less lurid than the Gino D’Achille cover for The Storm Lord. 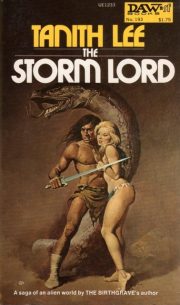 In fact, Whelan’s cover is almost tasteful by comparison.

Carl Lundgren was apparently influenced by Whelan when he designed the cover of the omnibus Wars of Vis. 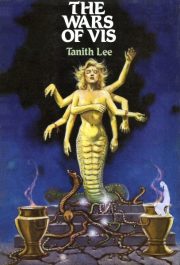 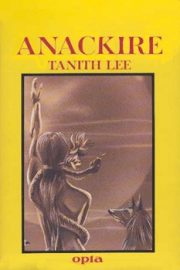 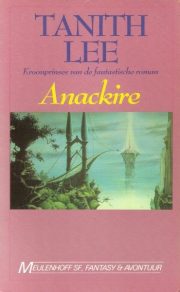 Oh, and is the guy on the Sanjulian cover based on Mandy Patinkin? 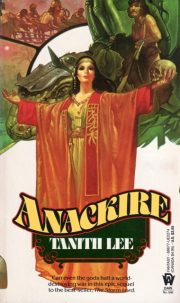 And then there’s a Vallejo cover. 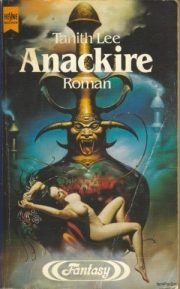 I cannot recommend this Tanith Lee novel, but if you would like to try it, SF Gateway offers an edition to British readers.

I remembered to update this chart.

I don’t know what to make of this.