One of the great joys inherent in being an SF reader is that it’s perfectly possible to find yourself waiting decades between instalments in an ongoing series. For example, I’ve been waiting for the fourth Anthony Villiers book since roughly the time the Leafs last won the Stanley Cup (an event not actually within the living memory of my exgf). Next to that, the eighteen years between 1993’s The Last Dancer and the subject of today’s review, The AI War: The Big Boost, was but a short recess.

2080: The Unification holds all Earth in its iron grip; the spacers, scattered from the Moon out to the Asteroid Belt, are still free. The existence of the spacers is intolerable to those who run the UN. It is just too too sad that millions of people across the Solar System are forced to live without Population Bureau regulation or helpful Peace Force cyborgs (who impartially shoot down criminals and inconvenient bystanders alike). Accordingly, since 2072, the UN has been constructing the Unity, a seven-kilometer-long spacecraft intended to bring the full benefits of UN government to every corner of the solar system … or destroy those corners trying.

Having tried and failed to prevent the construction of the UN vessel, the spacers have no choice but to turn to the one man who can consistently foil the UN and its Peaceforcers: Trent the Uncatchable.

Conman, thief, magician, and (if I remember the continuity correctly) erstwhile religious figure, Trent is very good at not getting caught (hence his sobriquet). However, there are limits to even the Solar System. If Trent cannot stop the Unity, some day the Unification will control even the farthest reaches of the Solar System and catch Trent. Moved as much by self-preservation as by an appreciation for freedom, Trent decides to stop the Unity. He heads off to Halfway, the station where Unity is being built, to engage in mega-sabotage.

Which he intends to do in his own way, as neatly as possible. The spacers have been so focused on trying to destroy Unity or at least slow its construction that they are willing to write off Halfway’s local population as expendable. Better a half-million UN personnel and families dead than millions of spacers under the UN boot. Having lost his entire family to a very similar calculation, the spacers’ ends justify the means methods are abhorrent to Trent. Not only that, brute force explosions just aren’t Trent’s style. Much more elegant to assume the identity of a highly placed programmer, infiltrate the construction program, tweak it as necessary, and thus help the Unity project succeed in a way that its creators’ could never imagine … or approve.

The man in charge of seeing the Unity project to completion, Trent’s old enemy, elite Peaceforce cyborg Mohammad Vance, expects some sort of opposition from Trent. Vance cannot guess what form this opposition will take, but he has done his best to prepare for it. Some of his methods are unusual. Trent will not find his mission easy. Perhaps it will not even be possible.…

I feel that I should address a weird passage about Islam I found near the end of the book:

The thing I most like about you is that you are not a Muslim. For generations Muslim ideologues misread the Koran, misinterpreted the Prophet’s words. They were weak, in those days, as you and yours are today, and the weapons they used were the weapons your allies use today: the bomb, the sniper, the hostage. But after the Unification those who were weak grew strong, those who were strong grew weak.

This is said by French cyborg Mohammad Vance. I have no idea what is supposed to be conveyed here, except maybe a guy who is jam-packed with cool cyborg stuff, who has the weight of a planetary government behind him, may not entirely understand the operational limitations of irregular forces. Or, given that this book was published in 2011, maybe it’s just a post 9/11 thing.

Note to prospective readers: The AI War was intended as one long book, but has been split into a trilogy, of which this is the first volume. If there’s a plot thread you feel was raised and then dropped, it’s likely to be picked up in a later volume.

The problem with long-running series set in the medium future1 is that events will eventually turn them into alternate history, even if they manage not to get screwed over by the Great Politics Mix-Up of 1991. This novel is a continuation of a series begun in the 1980s, one that leaned heavily on tropes established well before that. Case in point, this bit of colour from the promotional material:

There are cylindrical Cities in the Belt that are larger, blown up out of asteroids that were melted down with giant mirrors, and then inflated, while still molten metal, to the desired shape

In fact, I think one detail that underines how long various elements of this novel have been simmering involves the assertion that Ceres is 760 klicks in diameter. It’s actually 945 kilometers in diameter. But that’s a modern figure and I know I have seen much smaller figures in older SF books. At some point, I don’t know when, the estimate for Ceres’ albedo changed and so did its estimated size. (These days, size figures are based on direct measurement; we live in the future!)

I think if you gave this novel to a young person to read and then questioned them, they would guess this novel was much older than it actually is. That’s because although it’s a recent book, it is a continuation of a decades-old series. The science and science fiction that inspired the author then was even older. The name of the space station is a dead giveaway. It comes from Heinlein’s quip (as relayed by JEP in 1979) that ​“Once you get to earth orbit, you’re halfway to anywhere in the solar system.“2

The bit about Ceres’ gravity being negligible is just wrong, however. 3% surface gravity might sound small, but even bodies with puny surface gravities can have annoyingly high escape velocities; if you try to ignore Ceres’ mass while landing, it will give your space craft an 1800 kilometer-per-hour hug when you reach the ground. Even using older, smaller values for Ceres’ mass and escape velocity wouldn’t change the result much, although the splash zone would be less extensive. But that whole ​“ignoring gravity away from Earth” is an old, old trope in science fiction.

It’s interesting that while the Unification is definitely the antagonist in this, they’re more opponents than villains. at least they are no worse than most of their rivals. It’s true that poking one’s nose around the corner during a Peaceforce action will probably get it shot off, but the freedom-loving Spacers were fairly casual about the half-million people who were going to get killed along with Unity. The text makes it clear that Unification uses heavy-handed recruitment methods, so it’s not like everyone at Halfway is there because they’re true believers in the Unification.

Unification can also point to quality-of-life indicators, which have risen across the Earth since Unification, even in Occupied America.

Although the Unification itself is supplying those numbers.…

Still, if you cannot trust a global government that responds to criticism with lethal force, who can you trust? Bear in mind that the wrong answer will get you a laser beam to the face.

Where The Big Boost (and the book to which it is a sequel, The Long Run3) really stands out is in the author’s decision to write a hero who does not just shoot holes in people (or cities) until his problems go away. The Unity is a big, static target4, but blowing it up kill a lot of bystanders, many of whom had no choice about working there, AND. as Pearl Harbor and various more recent events show, using sneak attacks to bloodily eliminate enemy assets has a way of solidifying the enemy’s resolve (and it probably won’t touch their ability to replace whatever it was you just destroyed unless you are taking down their entire industrial base with the taget). Better to undermine the other side’s determination to pursue the matter.

It’s a humane approach that is all too rare. Of course, it pretty much forces what follows to take the shape of a caper novel, but, as the success of such works as Oceans Eleven and the Dortmunder books shows, people like caper stories. Which means this is a perfectly viable model for other authors to emulate. HINT HINT.

The Big Boost is available here.

1: Even distant future series are not immune. The Mote in God’s Eye is set a thousand years from now. You might think that makes it safe. You’d be wrong. Part of the reason the Second Empire is so determined to provide all human worlds with unified planetary governments is that in their experience, nuclear weapons + multiple governments = catastrophic nuclear wars. One of the conflicts that shaped the empire’s assumption was the catastrophic US – USSR nuclear war in the late 21st century, the war that nearly wiped out life on Earth.

2: The Heinlein quote is less relevant in settings where people zoom around in grotesquely overpowered fusion rocket ships. It’s like nobody ever read ​“Those Pesky Belters and Their Torchships.”

3: Speaking of The Long Run , there are details relating to AI evolving online in this novel and in The Long Run that make me wonder if Ken MacLeod ever read The Long Run.

4: It’s a single big target. Anyone looking to argue over whether one big superduper mega-ultra ship is better or worse than a fleet of smaller ships that in theory can handle more than one thing at a time, here’s your conversational hook. Just keep the flamewar to a bonfire rather than a conflagration. 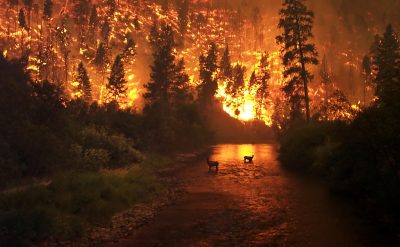