Martha Wells’ 2017 The Harbors of the Sun is the fifth volume in the Books of the Raksura series and the second half of the story begun in 2016’s The Edge of Worlds.

The quest that drove The Edge of Worlds succeeded beyond the wildest dreams of the Raksura, in large part because they had no idea what it was they were searching for. Betrayed by Vendoin and the Hians, Moon and his friends were poisoned, the forerunner artifact the party found was stolen, and Bramble, Merit and Delin kidnapped 1.

The good news is, the Raksura have a potential ally. The bad news is, it’s not an ally any sensible person would trust.

The Raksura’s predatory cousins the Fell are notorious tricksters, perpetually looking for weak spots that will allow them to overwhelm and consume other communities. Consolation, a Fall-Raksura crossbreed, and her crossbreed friends claim to have put Fell ways behind them. Which is wonderful if true. Claims of reform are just the sort of lies Fell use to entrap their victims.

The Raksura and the half-Fell have good reason to ally, if any Fell can be trusted. The forerunner artifact Vendoin stole is a weapon, tuneable by race. It’s specific enough that when pointed at a crowd of Fell and Hians, it will kill the Fell while leaving the Hians unharmed. The catch is, it kills an entire clade, not just one species in a clade. Point it at Fell and Raksura, and both will die.

[Added after posting] A reader points out I misread who exactly can be affected:

No its not. When it was activated in a Fell attack it killed the Fell and
the nearby Hians. Including one key to Vendoin’s plans.

But wait, it gets worse! The artifact can be dialled to kill over a vast area, ridding a continental mass of all of its Fell (and everyone unlucky enough to share a common ancestor with the Fell, such as the Raksura). Vendoin, who now holds the artifact, doesn’t know quite how to pull this off, but she does have a pretty good idea how to find out how.

If the Raksura and their possibly unreliable friends cannot find Vendoin, recover the prisoners, and seize the artifact in time, then it will be the end for their entire clade. Time is short and getting shorter.

In the first review, I mentioned that this setting reminds me in many ways of Andre Norton’s books. Once the details of the great and terrible weapon were revealed, I was reminded of an entirely different book: Robert A. Heinlein’s Sixth Column. There is one very significant difference between Heinlein’s Kill-the-[insert genome] Bastards deathray and the forerunner artifact, which is that where Heinlein bought into the idea human races were distinct enough that you could design a ray guy that would only kill East Asians without making swaths of other Old Worlders from Muscovy to Syria fall over dead

(thanks, Genghis! ), the forerunner device cannot be focused down to a single species; it kills a whole clade [https://en.wikipedia.org/wiki/Clade]. It’s as though Heinlein’s deathray only came with a Kill All Hominids setting2.

Once one knows that an artifact of doom exists, it is a short step to an all-out effort to invent another version of same (the big secret of the atomic bomb was just that atomic bombs are possible). In this novel’s Three Worlds setting, it may be possible to limit knowledge of the killer artifact. Large polities appear to be unknown in the Three Worlds; there are no central bodies collecting and systematizing knowledge. Destroy the device, kill the people who knew how it worked, burn their notes 3, and the odds are good that the recipe will be as lost as the Roman art of making concrete 4.

On a certain level, this novel is Prisoner’s Dilemma: thrilling adventure edition. There’s a risk involved in trusting people, particularly ones from outside one’s own culture (which in this world generally also means people to whom one is not closely related, not that being related to the Fell ever helped the Raksura.). On the other hand, refusing all allies leaves one vulnerable to one’s enemies. It’s a devil of a choice: you will prevail if you can trust your allies … but can you?

If you haven’t already read The Edge of Worlds , you’re in luck. You can read Edge and Harbors back to back, without having to wait a year to find out how the cliffhanger on which Edge ends is resolved.

The Harbors of the Sun is available here (Amazon) and here (Chapters-Indigo).

2: You know what would be handy? One of those clade-specific deathrays that had a mosquito setting. Sure, you’d get their close relatives too but what possible consequences could that have?

Heck, even leaving one of the devices set to ​“hominid,” small-area, in the middle of a nature preserve could be very useful. Although not if what you were trying to preserve was chimpanzees and gorillas.

3: I am 70% certain one of the technologies the Three Worlds does not have is anything analogous to the movable-type printing press.

4: Try very hard to ignore this question: was that Weapon Too Terrible to Use the only possible type of WTTtU? Or are there other, entirely different kinds of WTTtU hidden here and there in the ruins of the many, many lost civilizations of the Three Worlds? I mean, just because the humans of AD 30,000 manage to suppress the knowledge that all those odd craters in the northern hemisphere have something to do with the ancients’ odd fascination with a mineral used in pottery glazes 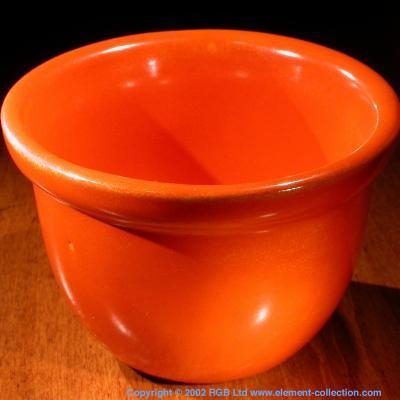 does not mean that someone else won’t stumble across the (unrelated) lost art of nerve gas.