Viz’ Fullmetal Alchemist (3‑in‑1 Edition), Volume 3 includes Volumes 7, 8, and 9 of the original Japanese manga. Story and art are by Hiromu Arakawa; English translation by Akira Watanabe; English adaptation, by Jake Forbes; touch-up art and lettering by Wayne Truman. The original manga appeared in 2004. The English translation appeared in 2011. Volume 1 was reviewed here . Volume 2 was reviewed here.

Al receives a tantalizing unsigned note. It suggests a meeting in an isolated location. Although he is only fourteen, Al is canny enough to suspect a trap. But he is also familiar with the meeting location and composed entirely of metal … so Al is understandably confident in his ability to handle any trouble he might encounter.

The results are mixed.


Waiting for Al is a small, covert community of chimeras: human-animal hybrids. Officially, no such beings exist. Unofficially, someone in Amestris’ military dictatorship must know, because it was government alchemists who created the chimeras. The gang’s leader is a homunculus calling itself Greed.

Greed is convinced that Al can help Greed find the secret of immortality. Homunculae are long lived but not immortal; Greed would very much like to live forever. He and his chimerical allies are cunning enough to trap Al.

But they are not cunning enough to forsee the consequences of their so-far-successful scheme. Al’s teacher Isaki will come looking for her missing student. So will Edward and the full might of the Amestrian army, led by no less than Fuhrer President Bradley himself.

Why the Fuhrer-President would take such a personal interest in the two boys is merely one of the many questions raised by events in this volume. Other questions include: ​“why is Lt. Ross being framed for Captain Hughes’ murder?”; ​“Who is this ​“Father” who created the homunculi and what is his long term goal?”; and ​“Why do Father and his minions have ready access to the resources of the Amestrian government?” These are questions that are answered; none of the answers are reassuring.

Al may have had good reasons for walking into an obvious trap, but his confidence that he could improvise his way out of it turned out to be inflated.

The only characters in this series who seem to have plot immunity (For the moment) are Al and Edward. Characters who are sympathetic, or nigh-invulnerable, or a lovable pet, or a cute child, or a close friend of the brothers can die at any time. Heck, being a friend to the brothers seems to put one at greater risk. The black hats in this series embrace crimes against humanity on an epic scale; an extra death here or there is nothing to them.

While the antagonists think nothing of war crimes, the same cannot be said of the brothers’ friends. Comic relief character Armstrong 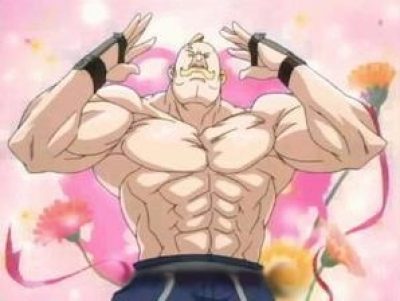 may be prone to vainglorious boasting and artful displays of muscular prowess that might impress Flex Mentallo himself … but he’s also a soldier haunted by the war crimes he was ordered to commit. Seeing as how there’s no plot immunity for likeable characters; I would be very surprised if Armstrong made it to the end of the series.

This volume does a nice job of upping the stakes by making it clear to the reader — although not to the brothers or their allies — the scale and reach of the conspiracy. I am very curious to see where this goes next. I’m glad that the library had the next volume; I will not have to wait too long to find out…

Fullmetal Alchemist (3‑in‑1 Edition), Volume 3 is available here (Amazon) . It does not appear to be available from Chapters-Indigo, although other volumes before and after volume 3 are.

Feel free to comment here, that is, if I remember the link.

Please directions corrections (such as a reminder to post the link) to jdnicoll at panix dot com.