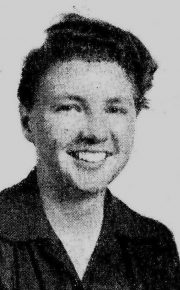 The Women of Wonder anthology series was an important part of my reading experience as a teen and rather than lump it in with the Because My Tears Are Delicious to You series (1), I have decided to give Women of Wonder its own series. Currently I am planning on posting each new review on Saturday.

1: As far as I can tell the five books in the series are very much out of print so they are not material for the ReDiscovery series.

Merry Christmas to all my readers and especially Adrienne L. Travis for creating and managing this site, Karen Lofstrom for turning my daily word salad into reviews, all of my patreon supporters for supporting me [1], and everyone who has ever commissioned a review1.

That said, tomorrow I reenact the ancient war between noble synapsids and dread archosaur so no review tomorrow or Friday. Back on Saturday!

1: Who I would list by name here — I do know them all — but at least some don’t want that and I don’t trust myself not to screw up and either list someone who wanted confidentiality or conceal someone who didn’t.

This is for books I feel were insufficiently appreciated when they were first published that are now available in ebook form. This series began over on my Livejournal and until the day I port all my Millennial Reviews over is the oldest series here.

I don’t want to be one of those aged cane-wavers who is happy to be ignorant of the wider worlds of SF so I make a point of reading at least one translated work a week.

Because My Tears Are Delicious To You

This began as a spin-off of Rediscovery Tuesdays. The theme here is ​“books I loved when I was an undiscerning teenager”, which is to say works I encountered between 1974 and 1981. They don’t have to have been published in that period. I just have to have encountered them. Some of these stand up to a reread. Others… not so much.

The Great Heinlein Juveniles (Plus The Other Two) Reread (completed)

In which I reread all of Heinlein’s classic juveniles plus Starship Troopers and Podkayne of Mars because I was curious to see how they stood up and also someone paid me.

This is a spin-off of the Heinlein reread. Andre Norton was an important and prolific SF author and many of the Ace MMPK editions of the Heinlein Juveniles had an ad for 50 of her titles. I decided it would be fun to track down and read (or reread) all fifty.

F & SF by authors from Kitchener-Waterloo, which I began because I was MCing a night of readings by local authors.

You can pay me to review books. Any book I was paid to review that does not fit in the previous categories goes here.

Every review that does not fit in some other category.