I could have decided to reread and review Donald Wollheim’s 1959 novel The Secret of the Ninth Planetas part of an epic reread of the entire SF series published by Winston … but I didn’t. I decided to reread and review this book because it happens to be one of the few books which fall in the intersection of the following sets: 1) books in which Pluto plays a significant role, and 2) books of which I actually have a copy [1]. Today is, of course, the day when the American space probe New Horizons had its close encounter with Pluto, turning what was a dot on a photgraphic plate into this: 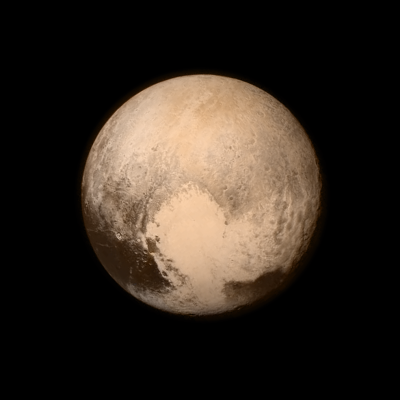