My first year at university, I encountered my first roleplaying games; two of those games I still remember fondly. Well, perhaps three, butI’ll explain that in a footnote1. The first game was Traveller, which I reviewed here. The second was Chaosium’s RuneQuest, 2nd Edition. Which is now in print again, thank Ghu.

LikeTraveller, RuneQuest is a skill-based system. Like Traveller, the skills that count are somewhat mundane. However, unlike Traveller, whose basic rule set was quite unspecific about the setting, RuneQuest was explicitly set in Greg Stafford’s Glorantha.

I should perhaps add that both games, unlike a lot of role-playing games then and now, are designed to put wandering murder hobos at a considerable disadvantage. Just in case you wondered.

Rescued as a child from drowning by a mysterious stranger Utena knows only as ​“Licky-lick” [2], Utena vowed to be worthy of her savior, the man she yearns to meet again. She will live a strong and noble life.

The Japanese schoolgirl will become a prince!

I’m a freelance artist from the K‑W Region. I’ve also been working as a colour flatter and colouring assistant since the early 2010s. In my spare time, I create my own macabre series of comics, which are posted online. The pages are eventually made into comic book issues, and so far I have self-published 15 of them (for sale at events/conventions).

Kinzie’s on-going horror webcomic Gehenna: Death Valley is one of several to be found on her website.

Teenagers! Just how blatant do warnings have to be before teens will actually pay heed? In the case of Lauren, Max, Sean, Max and Anika, more blatant than this. 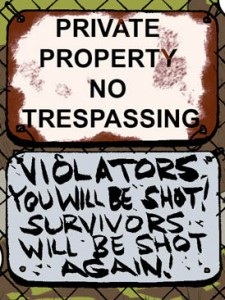 Hilarity can only ensue.

Set in the same Confederation universe as her Valor novels, 2015’s An Ancient Peace is the first volume in Tanya Huff’s Peacekeeper series.

A covert op seems like a useful application of the skills of Torin Kerr’s elite squad … as well as a welcome distraction from the revelation that the war that killed so many was an enigmatic civilization’s science project. And it’s not as if the op is unimportant: the future of the human and other Younger races may depend on what it finds.

Lionel Shriver’s 2016 The Mandibles: A Family, 2029 – 2047 is the third in a series of reviews … a series I am increasingly coming to repent ever having begun.

When investors decline to continue funding America’s soaring debt, the US’s foreign-born Latino President decides the only acceptable solution is to default on the debts. The consequences will reverberate for decades.

Many members of the implausibly named Mandible family used to take comfort from the knowledge that when their irascible patriarch finally died, his fortune would be divided among them. But the collapse of the US dollar (and the American economy with it) has stripped the old man of most of his assets. His remaining assets have lost most of their value. The Mandibles and America with them will be forced to do something unthinkable: adapt to changing circumstances.

Paul Swenson and his friends see a brief window of opportunity for biomedical experimentation: technology has advanced, antique rules preventing certain lines of research have expired. Assuming that it is better to ask forgiveness than ask permission, they only reveal their project to the world once they have the first successful results to show. Who are:

Protagonist Jamie’s unremarkable life ended the day he stumbled across Them playing games with human destiny. Luckily for Jamie, the rules of the game include provisions for pieces who know too much, as Jamie does. Jamie was discarded from the game, consigned to wander between realities as a Bounder until he could find his way back home.

I was born in downtown Toronto on April 19, 1972 and lived there until my folks moved up to Kitchener in 1991 so I could attend the University of Waterloo. I’ve lived in Kitchener ever since. I’ve been trained as an urban planner, and I’ve worked as a database manager, web designer, circulation manager, administrative assistant, layout designer, and office manager. The one consistent thing about my varied academic and professional career has been a love of writing.

Three generations ago, the colonists on the starship Icarus emerged from their final jump and found themselves plunged into disaster. The travellers had been promised a garden world. What they got was a hellworld whose electromagnetic environment killed electronics and where the sun was bright enough to burn unprotected skin. The fog-shielded lowlands seemed to offer a haven, … at least until the ticktock monsters attacked. The colonists were forced into refuges suspended between lethal sunlight and deadly monsters. Until now, they have survived.

Ambition is the second volume in Yoshi Tanaka’s Legends of the Galactic Heroes space opera series. It was translated into English by Daniel Huddleston.

Kaiser Friedrich IV is dead! Long live the new Kaiser! As soon as the warring factions within the Empire settle just who that new Kaiser will be!

L. Neil Smith’s 2016’s Blade of p’Na is the next Prometheus Award finalist selected for review by my complex sorting algorithm (I threw dice).

Four hundred million years of civilization is long enough for a race like the Elders to have developed some very odd hobbies. Among the avocations the nautiloid Elders dabbled in was Appropriating doomed or interesting beings from neighbouring universes. This did not end so well for the Elders in question (who committed suicide once they noticed the inherent contradiction between their ethic of ​‘freedom for all!’ and ​‘kidnapping’ [1]) but it has worked out pretty well for the Appropriated and their descendants.